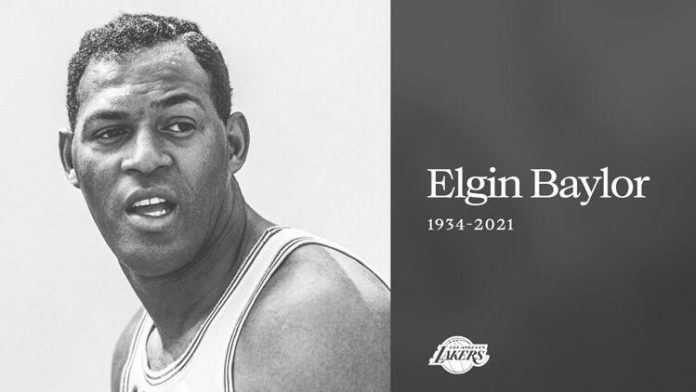 Elgin Baylor has passed away at the age of 86. The one who was a Lakers player has died of natural causes as confirmed by the Los Angeles team themselves.

Baylor, who played from 1958 to 1971 in the franchise, was chosen in the NBA’s best quintet in ten seasons, although he was never named MVP. He also played 11 editions of the All Star. In 1977 he was inducted into the Basketball Hall of Fame, and in 1996 he was elected one of the 50 greatest players in NBA history.

Pound for pound, no one was bigger than Elgin Baylor. He didn’t jump as high as Michael Jordan, but he had the greatest variety of shots anyone has ever seen. He took the ball, he hovered and threw from any angle, he put spin on the ball, he had incredible strength. He could post against Bill Russell, he could pass the ball like Magic (Johnson) and he could dribble like the best guards in the league.

His 61 points in Game 5 of the 1962 finals against the Boston Celtics remain the NBA record. He was never Finals MVP nor could he be in the regular season during a time dominated by Bill Russell and Wilt Chamberlain. “You just couldn’t beat Russell. The concentration he had was incredible. As soon as the game started, you saw that something was changing, ” said Baylor about the rival who prevailed the most over him

“The stories I have heard is that it was Kobe before Kobe, Jordan before Jordan . He was that kind of very dynamic forward who could do anything, “Luke Walton said when his statue was unveiled and he was the Lakers coach. “Like Kobe, he could score from anywhere on the court,” said Magic Johnson , president of operations for the franchise at the time.

Now Baylor has left us and his legacy will continue. He didn’t get the ring but he did get everyone to remember him. Rest in peace.

Real Madrid, which has improved the Champions League record, is once...

Elon Musk’s Response to US President Biden, Who ‘Excluded’ Tesla