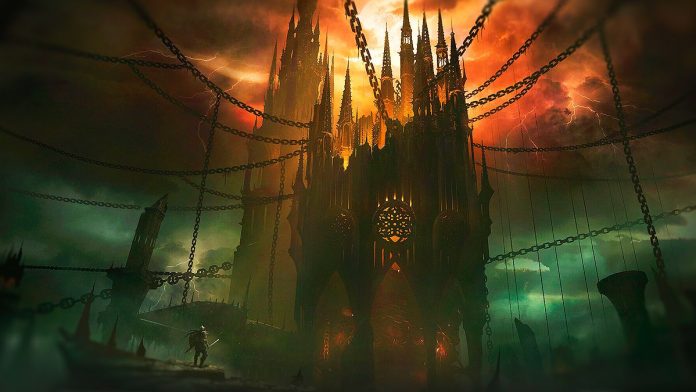 Little remains of the beautiful Latria. The kingdom formerly known for its scholars and magical arts was the pasture of corruption. The screams of the prisoners is the only thing that escapes the place.

We have analyzed Miyazaki’s work and his influence on the video game on many occasions. It is certainly worthy of praise his effort to make a change of professional direction in his late thirties in his country where this type of action is perceived negatively. Every risky decision he made from that moment led to Demon’s Souls, a title that would break the mold in the RPG genre.

We could narrow down the difficulty of Demon’s Souls to its dungeons. Stretches of convoluted and unattainable architecture that give off a Lovecraftian atmosphere. The player fights scattered worlds where the absence of light and traps are almost as fearsome as the monsters that occupy their rooms. Difficulty increases by not having save points until defeating the corresponding boss. Some shortcuts can ease grief, but it is not enough when failure hits us over and over again.

The kingdom of Boletaria and its border areas hide a tragic history. A devilish mist covered the world by the ambition of King Allant of Boletaria, who made a pact with the Elder to acquire the forbidden knowledge of souls. After his audacity, the demons seized power. In the new age of darkness, only dusty memories of what were once majestic kingdoms remain. The objects offer us touches of alliances, influential groups and leaders of those lands. Fortunately, all is not lost yet; some individuals cling to their humanity while stoically waiting for a miracle. Others prefer to trade with souls to maintain their sanity longer.

Within the universe that Miyazaki built, the blank lines are profuse. He put the duty of the community to complete the story through the use of imagination. This is how veterans have established a solid lore that is passed down from old to new players.

Torre de Latria is one of the locations that arouses the most admiration in the Souls saga. Miyazaki himself confessed that it is one of his favorite levels. The place evokes a twisted daydream based on the classic terrors of literature. A construction of narrow corridors and stairs to nowhere. Piranesi’s Impossible Prison Engravings were probably study material for the architecture of the Latria Tower.

In the midst of structural chaos, darkness and silence reign. As we enter the cell sections, the pleas of the cadaverous prisoners disrupt our progress. And in the distance, the bells ring out calling for prayer. The night remains unchanged in the Prison of Hope.