Home Entertainment Lord of the Rings: Rings of Power Gets Official Trailer Ahead of... 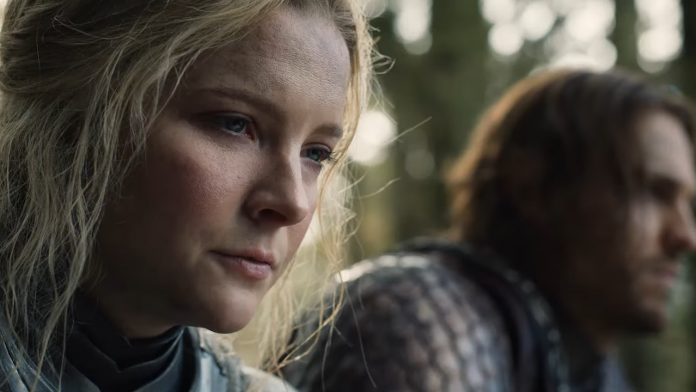 The epic prequel of The Lord of the Rings, Rings of Power, has just received an official trailer featuring characters such as Galadriel, Durin IV and others.

Whether it’s wide elven landscapes, dwarven underground cities, or orcs and goblins rushing through forests, the new trailer (below) “Rings of Power” gives us a glimpse of the Middle-Earth era that we’ve never seen on screen before.

The focus of the trailer may be Galadriel (Morfydd Clarke) — an elven warrior who will eventually become the ruler of Lothlorien — but this happened long before her reign, as a young warrior takes his sword to hunt his enemy after the death of her brother.

We also meet Durin IV (Owain Arthur), the dwarven prince of Kazad-doom, who is trying to find his place and decide what place he will take in his future kingdom. Then there are the Hobbits, the Harfoot family with young Nori Brandyfoot (Markella Kavena), eager for adventure.

While we’ll see the lighter side of some of these characters, there’s also a stark warning in the trailer hinting at the imminent rise of Sauron.

The upcoming Amazon Prime show, a prequel to the Lord of the Rings trilogy, will take us back thousands of years to The Hobbit, and it looks like it will be filled with fantastic action and adventure.

The Lord of the Rings: Rings of Power – Exclusive Images

“Rings of Power” has been in development for many years, and will finally debut next week, on September 2. Tolkien fans, and thankfully, it looks like they might approve.

Do you want to know more about “The Lord of the Rings: Rings of Power”? Find out when you can watch the new episodes of “Rings of Power”, as well as find out who is who of the new elves, dwarves and hobbits.