Home Entertainment “Lord of the Rings” meets “King of the Mountain” in a Strange... 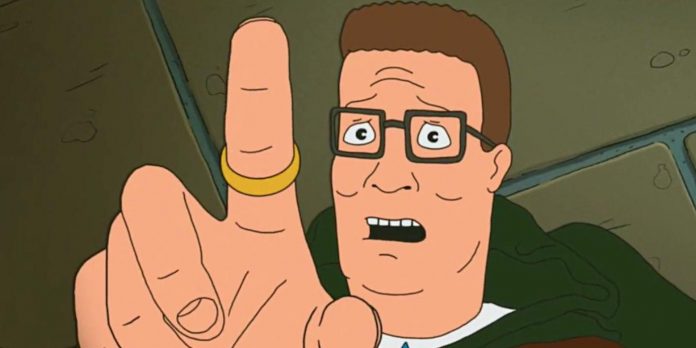 A curious new video has emerged from the depths of the Internet, combining “The Lord of the Rings” with “The King of the Mountain”. The King of the Mountain is a long—running animated sitcom created by Mike Judge and Greg Daniels and aired on Fox for 13 seasons from 1997 to 2010. The series takes place in the fictional city of Arlen, Texas, and tells the story of a propane seller. Hank Hill and the exploits of his family and friends.

Although The Lord of the Rings films were released after the premiere of The King of the Mountain, they are based on the works of J.R.R. Tolkien, which have a much longer history, beginning with the publication of The Hobbit in 1937 and three volumes of The Lord of the Rings in the mid-50s. Peter Jackson’s film adaptation of the first volume of The Brotherhood of the Ring made a huge splash at the global box office when it debuted in 2001. a staggering sum of almost $3 billion. At the Academy Awards ceremony, The Lord of the Rings films received a total of 30 nominations and 17 wins.

Internet comedian and creator Alasdair Beckett-King recently posted a short animated video in which the characters of “King of the Mountain” are mixed with the “Lord of the Rings” franchise. The video titled “The Return of the King from the Hill of Rings” is a flawless animated riff that looks exactly like the original 2D series. Highlights of the video include Dale’s warning against entering Mordor, Jeff craving a ring in the form of Gollum, complete with his trademark incoherent mumbling, and Hank as Frodo wearing a Ring of Power.

It seems that the impetus for the creation of this video was the fact that it was possible to create a pun with the names. However, the two franchises are joined together in a way that gives the impression that they were always meant to be. Especially when it comes to the Gollum iteration in this video, it’s the perfect combination of the original humor of the King of the Mountain character and the indelible game of Andy Serkis.

The two franchises are also linked by the fact that both appear to be dormant until major events in 2022. The Lord of the Rings franchise will be continued in the upcoming Prime Video series Rings of Power, and a reboot of The King of the Mountain has also been announced. be in development in January of this year. This is another way in which this video is almost perfect for choosing a mashup.