Home Entertainment Lord Athelstan Argues That VTubers Should not Adhere to “Traditional Standards” in... 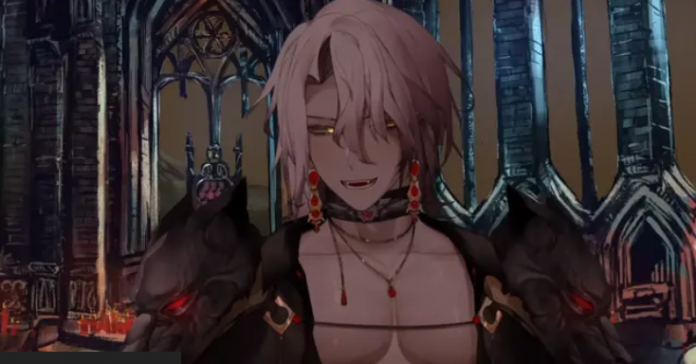 The face of VTuber Lord Aethelstan has attracted the attention of the community — and not only because of his appearance. The popular Twitch star used her exposure as a statement, saying that “there are no rules” and creators should not adhere to “traditional VTubing standards.”

Lord Aethelstan  is one of the most popular male YouTubers on Twitch, who has moved from a simple static PNG to a full—fledged 2D model, climbing the platform.

Now he has shown off his fleshy three-dimensional form during a face reveal on October 12 that was as dramatic as it could be. Of course, the vampire living in the castle had to appear in thick armor, scurrying around his room and knocking down green screens like no other.

But as soon as the helmet was removed and his face appeared, he was surprised by the reaction: “I thought most of you guys already know what I look like,” he laughed.

However, he used the hype around his face to show the VTubing world that there is something more than the “traditional standard” of schedules, karaoke and faceless content creation. VTubers should be able to do whatever they want because “there are no damn rules”.

Aethel called the VShojo star Kson a source of inspiration for switching between her human form and the VTuber form, and this is something that should be noted if the creators want it.

“I don’t think VTubing should be kept as something sacred, where you should have a scheduled schedule and do idol [stuff] and karaoke all the time. I think for someone like me, I wouldn’t be able to meet the traditional standards of what VTubing is. Not to say there’s anything wrong with it, but I think you don’t need to if you don’t want to.

Aethel also believes that VTubing as a medium can grow if the community — not only creators, but also fans — show ingenuity. Streamers like Onigiri have pushed the boundaries with immersive cooking streams with their VTuber model.

But if someone just wants to log on to Twitch and YouTube and play some games with their face in the lower right corner, and not with an anime avatar, that’s fine too.

“Do one day with a face camera, one day with VTubing — it doesn’t matter. You don’t need to fit into a template idea of what VTuber should be.

“I don’t want it to look like someone is following the traditional [model] of VTubing – there’s nothing wrong with that either. Do whatever you want. That’s the main thing. Show your face if you want.

Ultimately, VTubing should be an inclusive environment. If streamers are confident, they should be able to show off their face without fear of retribution, without all that “immersion-destroying stuff” that some are talking about.

“A lot of YouTubers have gone to TwitchCon, and a lot of people are revealing their faces, and it needs to be celebrated. If they feel confident and happy enough in their own skin to show how they look, it’s a must-celebrate.

“I was very nervous showing my face as a VTuber. I don’t really care what I look like— I’m sure of what’s happening to me — but I was really worried that if my guys in the castle… would get scared when they saw a face on the screen. I wasn’t sure. But deep down I knew I was going to do both.

“I know everyone in the castle is so calm, and I think as long as I think it will be fun, it will be nice and have a good time for everyone… they will be ready for anything.”

What Pokemon Scarlet and Violet DLC can learn from Sword and...