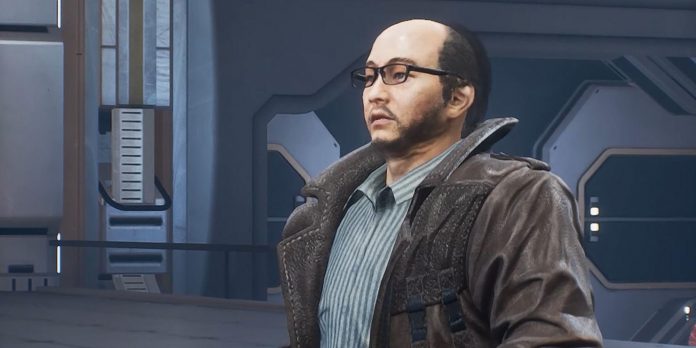 As you progress through the futuristic Loopmancer players will meet Son Boen, one of the important bosses in the game. Loopmancer takes place in a cyberpunk-style city in China, where people rely on technology and cybernetics for body transplantation and modification. Son Boen’s wife helped create this technology, but it was used for nefarious purposes, and she was killed so that the news would not spread. Song Boyong comes to confront the company, and after executing several executives, the protagonist Xiang Zixu intervenes to save the day.

Almost immediately after the cut scene ends, Son Boyong transforms into Tianwu, a giant spider-like creature with artificial intelligence who seems to have a symbiotic relationship with Boyong. Before the boss battle, players had to traverse the entire level of the Fenli Fortress City with a ten-minute limit, including the boss battle with Son Boen. If players don’t think they can complete the mission in less than ten minutes, they can pause the game and restart the level. Dying and coming back is a key element of Loopmancer gameplay, but players will want to complete this mission correctly in order to advance the story in the best way.

Players may not get this battle depending on the choices they made earlier in the game. For example, when Xiang Zixiu finds out what happened to his wife, he has to make a choice: go to the fortress city of Fengli to rescue reporter Lisbeth, or go to the Koga Naval Base to rescue his wife. If the players decide to go to the naval base first, they will fight the cybernetic samurai Hiroyuki Ogata, and they will not be able to fight Son Boeng or Tianwu. However, players can fight Song Boyong and Tianwu if they go to the fortress city of Fengli first.

How to Defeat Son Boen in Loopmancer

While fighting with Son Boen from Loopmancer in human form, players will have to dodge three of his abilities:

Spontaneous Sparks — Boyong’s projectiles electrocute players or burn them. He also uses flying drones to target players from the other end of the screen, so be prepared to dodge. Jumping Boy-yo-yong — sometimes Boyong jumps into the air and crashes into players. This will happen several times in a row, so players need to watch where it falls and dodge in time. Blackout — the screen goes off from time to time, and players need to be prepared for the fact that the light will turn on again, and the Boyong goes on the attack.

If the players don’t get to the Tompson Technology lab in time, they will have to face Tianwu. Tianyu can rush at the player, strike with his long claws and roll into a ball that electrifies the player. In both combat options, dodge attacks and shoot at the enemy when he is vulnerable.