Looney Tunes Cartoons is the most watched show on HBO Max, since its release on May 27. The finding was pointed out in a study by Parrot Analytics, a company that analyzes social networks, assessments and piracy. According to statistics, the result is seen as a surprise and a positive point for AT&T, owner of Warner Bros.

This is because the objective was achieved to establish itself as a streaming service aimed at the whole family and attraction for the younger audience, at least in the beginning. The success is also a powerful indicator of the popularity of the classic drawing of Bugs Bunny and company.

Throughout its existence, HBO has become synonymous with quality adult content. However, the arrival of the new service should increase the tendency for children’s programs to also gain more notoriety among their consumers. 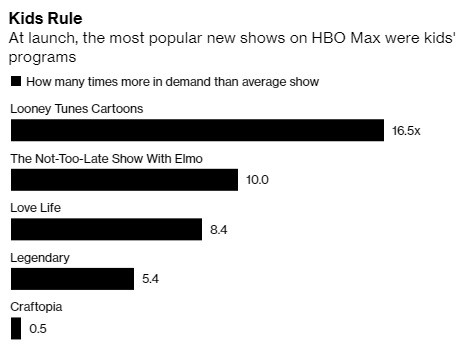 According to the analytics company, Looney Tunes Cartoons ranked first in terms of audience, unlike traditional series like Game of Thrones and The Big Bang Theory. In the same wave, the next position was occupied by the children’s talk show The Not-Too-Late Show With Elmo, presented by Elmo, a character from Vila Sésamo.

As for adult programs, the best position was in Love Life, a comedy series starring Anna Kendrick. The expectation is that the attraction will help the service to consolidate, for a period, as a channel of novelties with original productions.

HBO Max even advanced the release of new episodes, justified by the strong positive response from the audience. Another title that, in this sense, shows potential is Legendary, a reality show with art, dance and voguing content. While Craftopia, a children’s handicraft competition, came in fifth.

BTS is presented in M! Countdown, Follow the live stream