Home Entertainment Looking Back at Sleeping Dogs on Their 10th Birthday 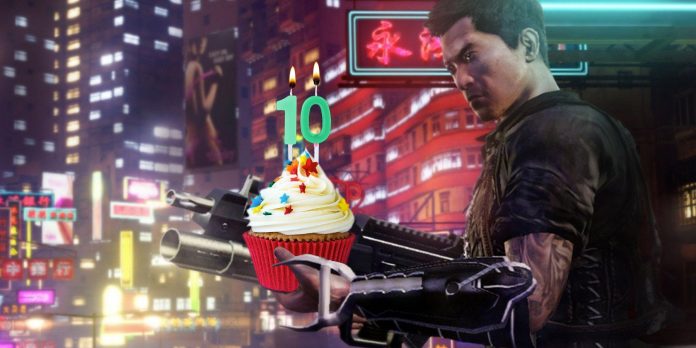 August 14 marks the 10th anniversary of Sleeping Dogs, an open-world martial arts adventure game from developer United Front Games. The game was released for PC, PS3 and Xbox 360 in 2012. It tells the story of an undercover policeman, Wei Shen, who successfully manages to infiltrate the Sun On Yee Triad organization before he becomes embroiled in a turf war. Hong Kong is the backdrop for the plot of Sleeping Dogs, and the bustling city is extremely authentic, filled with interesting characters and places to explore.

Despite the fact that it received fairly high ratings in reviews upon release, it ultimately failed to meet sales expectations and was deemed unsuccessful by the publisher Square Enix. However, in the years since its release, the game has become a cult: players praise the open-world live environment, detailed hand-to-hand combat and dramatic storytelling. Unfortunately, talks about a sequel never took place, much to the disappointment of many fans. Mixing parts of Yakuza with Grand Theft Auto and even hints of Arkham, Sleeping Dogs managed to balance most of their spinning plates very well, and it was a lot of fun to play.

RELATED: 10 Best Martial Arts Games (Which are Not Fighting Games)

Open world environments are notoriously difficult to do right. Finding a balance between different locations, ensuring their realistic settlement and creating an authentic experience can be extremely difficult, especially if the world is based on a real location. Its busy location in Hong Kong matches the source material very closely: the city is divided into four separate zones, it has crowded streets full of life, and a huge concrete jungle that Shen has to explore. It seems very authentic, and developer United Front Games has done a great job to convey the look of Hong Kong. His dedication to the task was so great that some employees spent long periods in the city, conducting extensive research to make sure that the artistic design meets the high standards set by the place.

The fight is another highlight. Shen is extremely agile and flexible and is able to fight the attackers around him. He can counterattack, fight and strike with relative ease. The smoothness of the battle is reminiscent of the Batman: Arkham series, and fighting waves of enemies is not only fun, but also extremely intuitive. Shen can use the environment to gain the upper hand, and can use various stylish “takedown” techniques to finish off his enemies.

The future of Sleeping Dogs and a possible film adaptation

An updated version of Sleeping Dogs was released with the subtitle Definitive Edition in October 2014 for PC, PS4 and Xbox One. He combined all the DLC content, as well as changed the gameplay and improved the sound and image quality. This saved the name for the new generation and provided easy access to it today for owners of current generation consoles. However, since then, despite the fact that many fans and critics praise the game, there have been no plans to revive the series. At least not in the form of a video game.

Conversations about the live action movie “Sleeping Dogs” began in 2017, shortly after the developer United Front Games permanently closed its doors a year earlier. Actor Donnie Yen, known for “Star Wars” and “IP Man”, announced that he will play the main character Wei Shen in the film adaptation of the game. It obviously excited the fans, but it turned out that these would be the last fans to hear about it for a while. However, as recently as July 2020, Ian took to Twitter to excitedly announce that he was preparing for his next movie and challenge, using the hashtag #sleepingdogs at the end of his post. However, since then, no further updates have been received, so fans had to wait and wonder if “Sleeping Dogs” would finally return to the big screen.

Sleeping Dogs: Definitive Edition is already available for PC, PS4 and Xbox One.

Rosario Dawson returns to the Marvel rumors she skipped, but is...

For the first time in several weeks, “Very Strange Things” did...