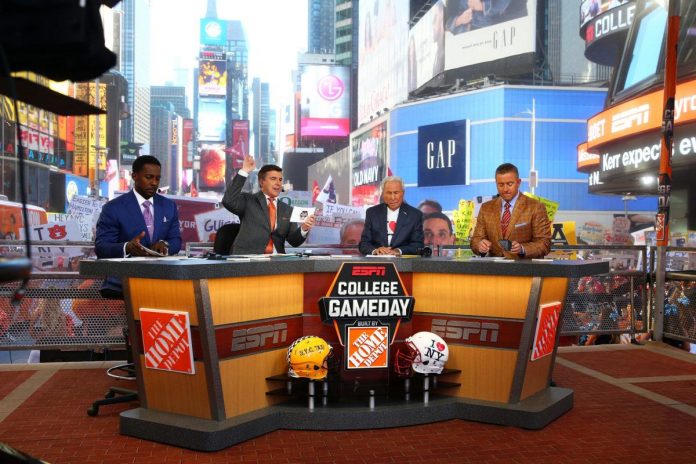 On Saturday morning, Jess Sims made her debut on ESPN College GameDay before Ohio State’s game against Notre Dame.

Sims burst onto the scene after joining Peloton in 2018. She teaches running, walking, boot camp, strength training and stretching classes.

She killed her debut this morning, but the fans were thrilled with what she was wearing — because, of course, they were dressed. Sims wore trousers that matched the trousers of the NBA draft of the early 2000s.

“Does Jess Sims look cool again at the 2003 NBA Draft?” one fan joked.

Before her debut, Sims made it clear how excited she was to be part of the team.

“I’m so excited to join the GameDay team because the show not only celebrates all the action on the field, but also highlights the passionate communities that surround the games,” Sims said via an ESPN press center. an opportunity to return to my roots in college sports, and I can’t wait to meet incredible athletes and fans and explore these campuses and cities that eat, sleep and breathe their home teams.”

De Jong and his first Clasico