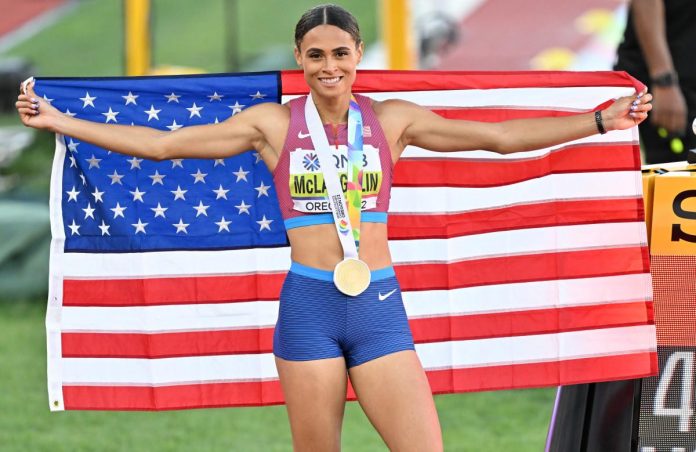 After besting her own record, which she set last month, at 50.68 seconds, McLaughlin considered taking on another challenge.

Per NBC Olympics, McLaughlin left the door open for attempting the 400-meter dash, saying “anything is possible.”

Given her dominance in her current craft, she might strive in a different pursuit. As noted by Shalise Manza Young of Yahoo Sports, McLaughlin’s 400-meter hurdle time in Oregon would have put her in seventh place in the women’s open 400-meter event. Her race included 10 barriers to clear.

McLaughlin won two Olympic gold medals in the 400-meter hurdle and 4 X 400-meter team relay last year, and she now has World Championship victories in each event. At this point, her own records are providing more competition than the field.

German track star Marita Koch has held the 400-meter record at 47.60 seconds since 1985. McLaughlin may chase down that milestone in the future.

CHUCKY LOZANO IS THE THIRD MOST SEARCHED SPORTSMAN ON THE INTERNET

The reaction of the sports world to the possible verdict of...