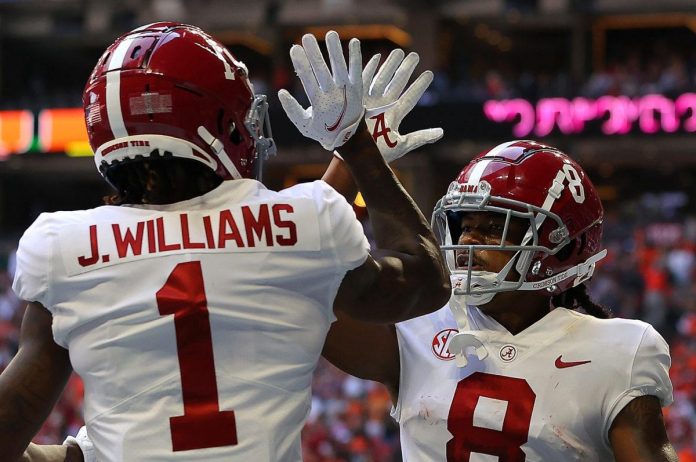 Detroit Lions receiver Jameson Williams won’t have the number on the T-shirt he wore in Alabama.

Williams has officially moved from No. 1 to No. 9, and he even asked for Matthew Stafford’s blessing when he thought about this change.

According to ESPN’s Eric Woodyard, Stafford had no problem with that.

Williams was originally supposed to wear No. 18 in honor of Calvin Johnson, who wore No. 81 before deciding he needed a single digit number.

The Lions are still unsure when Williams will make his NFL debut. He is still recovering from a torn anterior cruciate ligament that he sustained in January during the national championship game against Georgia.

He has been training, but has not yet been excluded from the list of puppies.

Based on what Williams did in 2021, he’s going to have a big impact on Detroit when he recovers. He finished the season with 79 receptions for 1,572 yards and 15 touchdowns.