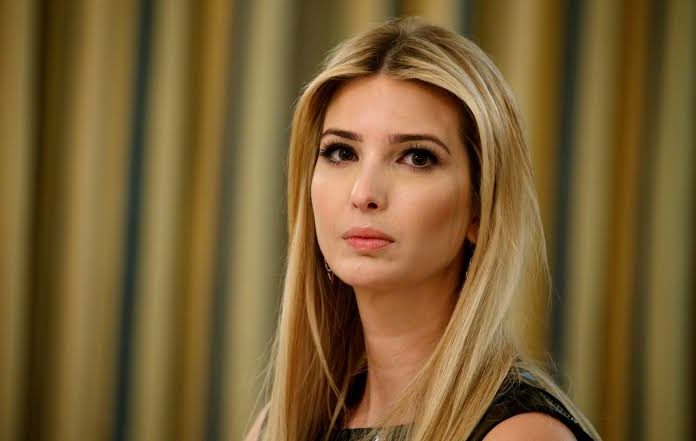 The look of Ivanka Trump in a children’s center that has unleashed and laughs. The style she chose for that day was not understood by many users who soon turned criticism into mockery or joke.

The stellar appearance of Ivanka Trump at the ‘Guadalupe’ child care center in Penn Valley was expected with great expectation among a multitude of parents and workers. The issues to be discussed during this official visit of the daughter of the president of the United States were not trivial.

But what least mattered to thousands of users who followed Ivanka’s visit live and direct on the Internet, was the content of it. The look of Donald Trump‘s daughter got the focus only on the wrapper. And is that the style she chose for that day was not understood by many users who soon turned criticism into mockery or joke.

We are striving to ensure all hard-working Americans have access to high-quality, affordable childcare. Thank you @GovParsonMO @RoyBlunt and @SecAzar for joining us in this fight!

Ivanka Trump talked with parents about the costs of child care and lack of quality, while social media ran like wildfire for many, unfortunate and unintelligible look. For that day, she chose one of her favorite colors, white. Ivanka wore a crossed and closed dress with a belt of the same color, knotted and baggy elbow sleeves. On top of the dress, Ivanka wore, on top of her right chest, a striking golden embroidery. She finished the look with black lounge shoes.

Kansas City certainly gave Sec. Azar, Sen. Blunt, Gov. Parson and me a warm welcome! Hearing from parents, administrators (and kids!) alike about the challenges faced in the child care space was enlightening and this great feedback will inform our work back in DC.

The shape and color of the dress made it seem to many people that Ivanka had come to this children’s center in a bathrobe. “Why is she in a bathrobe?”, “Ivanka, are you wearing a plush robe?” Do you have a Trump logo on the front? ” or “Prostitute heels and bathrobe? Is that what you decide to wear to visit a child care center?”, are some of the niceties that went to Trump’s daughter.

It is not the first time Ivanka Trump has been criticized for her outfit. Without going any further, at the beginning of October, a styling error also made her look very commented. It happened when I went to the Hyatt hotel facilities to meet with Matthey A. Swift, co-founder of Concordia, an organization that promotes the development and economic empowerment of women.

Ivanka chose a simple blue shirt, thin and silk, which played tricks on him. Trump’s daughter decided to wear her without a bra, something that was noticed too much and that did not go unnoticed by many who did not hesitate to criticize him. On that occasion, Ivanka also became the object of mockery.

“Dependent”: Ilka Besin fell for the bait of love scammers