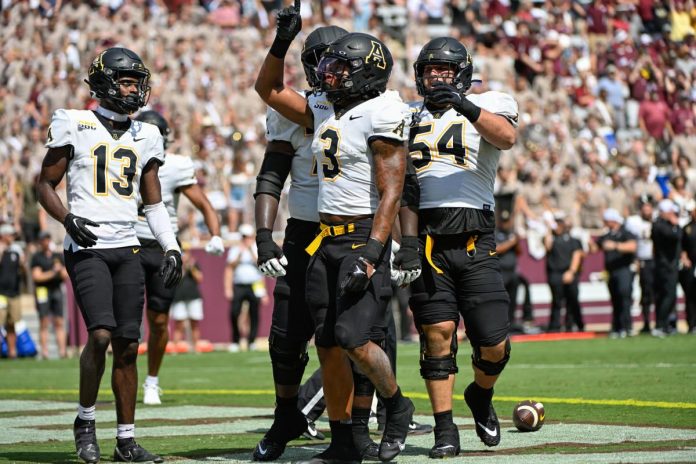 For three weeks in a row, the App State Mountaineers team found itself in the spotlight of college football.

On Saturday, the Sunny Belt team attracted the attention of football fans with another stunning finish.

Having lost two points with two seconds left in their territory, the Mountaineers had one last chance to win the game against Troy.

Former Clemson transfer quarterback/Duke’s Chase Bryce threw the ball down the field, passing it to a group of players at about the five-yard line. The ball was thrown back and fell into the hands of sophomore receiver Christian Horn, who scored a goal and scored the winning goal.

Take a look at the incredible game here:

This exciting conclusion came right after App State beat the No. 6 Texas A&M Aggies in College Station last weekend. As a result, ESPN College GameDay was in Boone to cover today’s match.

The Mountaineers’ only loss of the season came in the first week’s match against the North Carolina Tar Hills. This game also ended in an exciting way, as the rivals from the state fought in a shootout 63-61.

App State will welcome James Madison, which could be another must-win match next Saturday.