Home Sport Look: Baker Mayfield Had an NSFW Message for the Browns 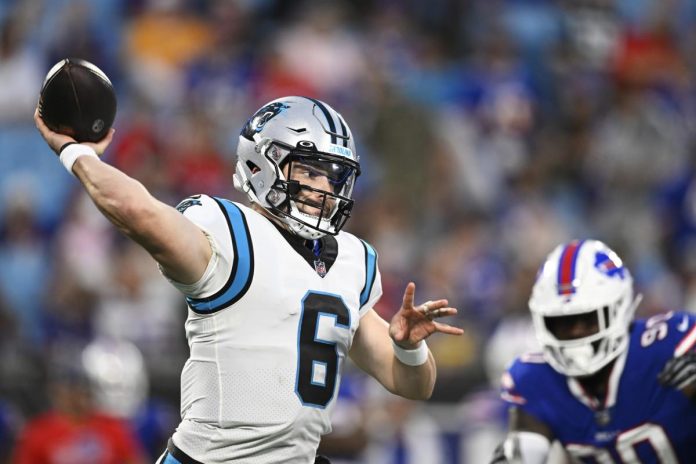 Baker Mayfield is ready to play with his former team in 12 days.

The former Cleveland Browns quarterback wants to show them what they’re missing out on now that he’s at the Carolina Panthers.

“I’m going to screw them up,” Mayfield told a reporter after the Panthers’ last preseason game on Friday.

There’s definitely still discontent there, especially after the Browns decided to pursue Deshaun Watson in the offseason.

This led to Mayfield asking for a deal, which he was granted back in July.

He won the Panthers’ starting quarterback position in training camp over Sam Darnold and is ready for a fresh start.

The start for the Panthers-Browns will take place at 13:00. ET on September 11. It’s going to be pretty cool.

There will be 11 college football games this month