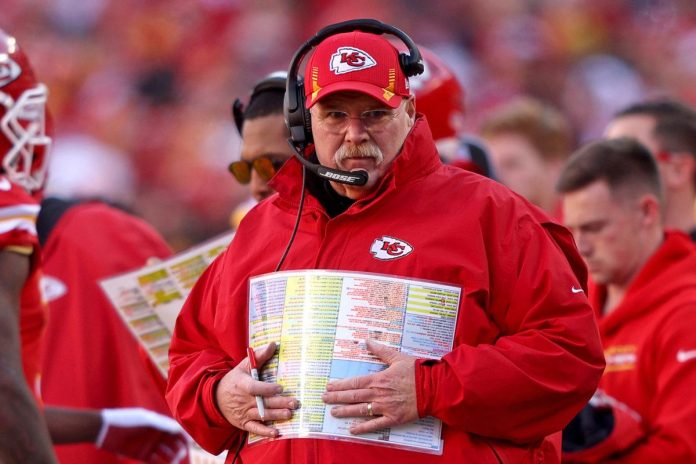 Andy Reid was unhappy with the lawn situation at State Farm Stadium in Arizona on Sunday.

The Kansas City head coach said the playing surface played a role in the injuries to kicker Harrison Butker and defenseman Trent McDuffie.

“It was part of Butker’s injury and McDuffie’s injury. Unfortunately, that was part of it,” Reed said, according to team insider Sam McDowell. “The Turf has risen. I would tell you that it has something to do with it. If it wasn’t, I’d tell you that too.”

Butker suffered an ankle injury early in the Chiefs’ Week one win. The veteran kicker slipped during the opening kick, injuring his left ankle. After safety Justin Reed threw a few punches, but Butker returned to the game, limping noticeably, and practiced his only attempt to throw from the game for 54 yards. It is doubtful that he played in the second week.

McDuffie suffered a hamstring injury in his first NFL competition. The first-round pick, who was almost flawless in his professional debut, will now miss at least the next four games on IR.

The Chiefs will face the Los Angeles Chargers in a Thursday night football game this week.

The Premier League announces a decision on matches this weekend after...