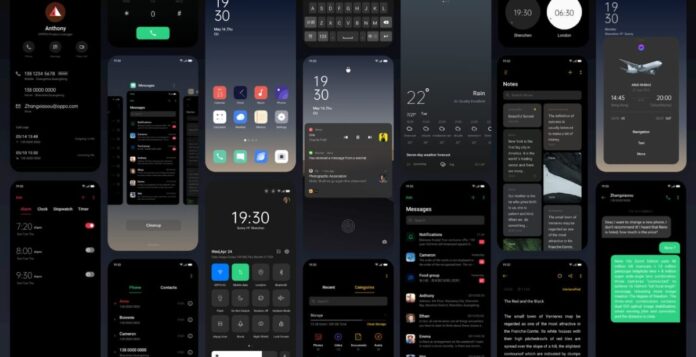 Manoj Kumar, who is at the beginning of ColorOS interviewing Indian Express, answered the most curious questions about the interface. Manoj also answered how long the interface was developed on average.

Today, almost every smartphone manufacturer also designs their own user interfaces with the Android operating system base. These user interfaces also serve as signatures of companies. The more satisfied users are with the interface, the more successful the company is.

OPPO, which is an increasingly popular smartphone manufacturer, is also known for its user interface ColorOS. The company’s interface continues to be even more unique and user-friendly over the past months. So how are the processes going through while developing ColorOS? Manoj Kumar, the head of ColorOS, answered some questions about this ColorOS in an interview with Indian Express.

Answering the questions about ColorOS, Manoj Kumar also explained some interesting details about the interface. Manoj stated that they always review the feedback from the ColorOS community and they are working on new features based on these feedbacks.

Of course, when features are developed, it is not broadcast to almost all users. According to Manoj, there are several teams that make extensive trend analysis within OPPO. This team is investigating whether the feature will be liked and used by users before the new feature is shared with everyone.

Manoj Kumar said that OPPO has more than 300 employees in the research and development center in India. Manoj also announced that the development of a new ColorOS version takes on average 4 to 6 months. He also added that many different teams are working on each version.

The name at the beginning of ColorOS also responded to one of the most common complaints about the interface: the ads within the interface. According to Manoj, Android and Google have an advertising platform, but they don’t require it. In other words, ads can be easily disabled. Manoj also stated in the description that a user can disable ads at any time.