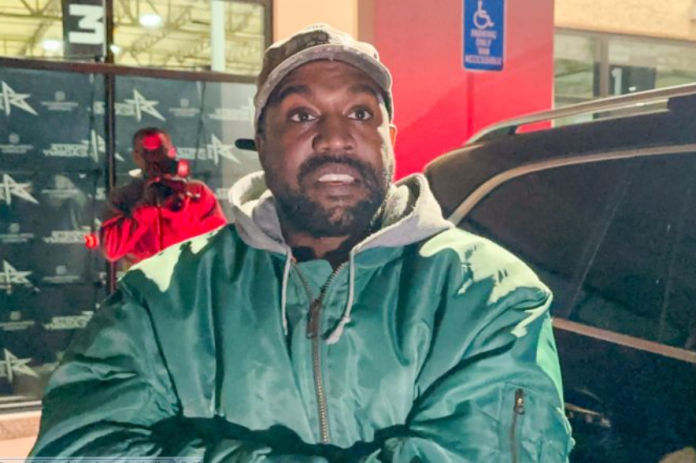 A tattoo studio in London is offering to remove Kanye West’s tattoos for free after the recent controversy surrounding the rapper.

The NAAMA studio in London, which usually charges around £2,000 for removal depending on the tattoo, made the move as a result of West’s offensive remarks in recent weeks.

Last month, West was banned from Twitter and Instagram after posting a series of anti-Semitic messages. He went on to say that he did not believe in the term “anti-Semitism” and was “jealous” of Jewish culture.

Elsewhere, Adidas officially ended its collaboration with the rapper, calling his inflammatory statements “unacceptable, hateful and dangerous” in a statement, and Balenciaga, for whom West walked the runway at Paris Fashion Week last month, also broke off the relationship. JPMorgan Chase has decided to “terminate its banking relationship” with West, and he has also reportedly been rejected by his lawyer and a talent agency.

One former fan told NAAMA Studios (via the Evening Standard): “A Kanye—related tattoo is not something to shout about, given his extremely nasty comments lately.

“When I found out that I could delete it for free, I was very pleased. NAAMA has a great reputation in the field of tattoo removal, so I was very grateful to start my removal journey with them and put it behind me, so I’m looking forward to getting it done.”

Briony Garbett, CEO of NAAMA Studios, added: “We all hope that the tattoos we do will always have a special meaning for us, however, you can never predict the future and how it may affect your attitude to tattooing.

“When you have a tattoo inspired by someone you admire and they start making headlines for all the wrong reasons, it’s not exactly what you want to wear on the sleeve of which you are or have been a fan.”

In other news, Israeli pop star Noah Kirel wore an outfit decorated with photos of Kanye West at this year’s MTV EMA in a “message to the world.”

Kirel appeared on the red carpet in an outfit that featured many photos of Ye’s face, and The Israel Times reported that The singer called this choice “a fashion item with a message for the whole world; an item that signals that I am both Jewish and Israeli.

“We have encountered a lot of anti-Semitism, especially in light of Kanye West’s statements. I am proud to be an Israeli artist who represents Israel in the world,” she said.

Tom Cruise, his buddy and Formula 1 superstar talked about his...