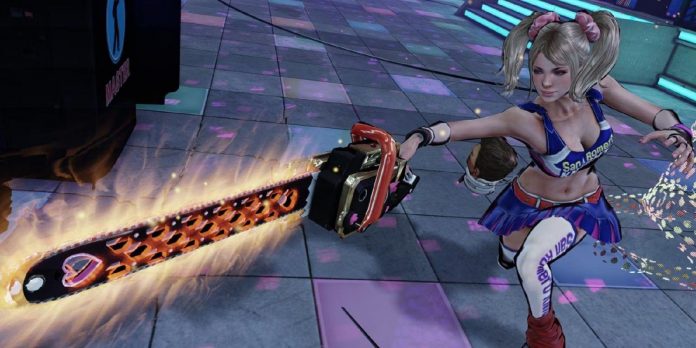 Originally launched in 2012, Lollipop Chainsaw zombie game received mostly positive reviews upon its release. Although some critics considered Lollipop Chainsaw rather mixed, this did not prevent the stylish action movie from becoming a cult. Following Juliet Starling, a cheerleader who found herself at the epicenter of a zombie outbreak in her high school, the game was praised for its charm, wackiness and originality that made it so popular among fans.

Apart from the cult, Lollipop Chainsaw had some influence in the mainstream media. “Suicide Squad” director James Gunn said that Harley Quinn’s breakout scene in the film was born from his work on Lollipop Chainsaw with Suda51. Now that Lollipop Chainsaw is approaching its tenth anniversary, it seems that fans will finally see new content for the cult classic, as it was recently announced that a remake of the title is in development.

RELATED: Suda51 Was Once Asked to Make a Video Game about Deadpool

Little is known about what will change in the Lollipop Chainsaw remake compared to the original 2012 version. Along with graphical updates, another important function has been confirmed at the moment, namely, changing the music from the original title. Just as Sonic Origins is changing the soundtrack to Sonic 3, the music from Lollipop Chainsaw 2012 will be replaced with new tracks. However, unlike Sonic, the changes in Lollipop Chainsaw occurred due to the fact that the first game had a lot of licensed music that Dragami Games could not get again.

Lollipop Chainsaw will go on sale in 2023.

New Amsterdam: The truth behind Ryan Eggold’s starring role in the...

Bloodborne: a User Imagines What its Sequel Would Look Like on...