Home Entertainment LoL Worlds 2022: When And Where Will Next Year’s Worlds Be Held? 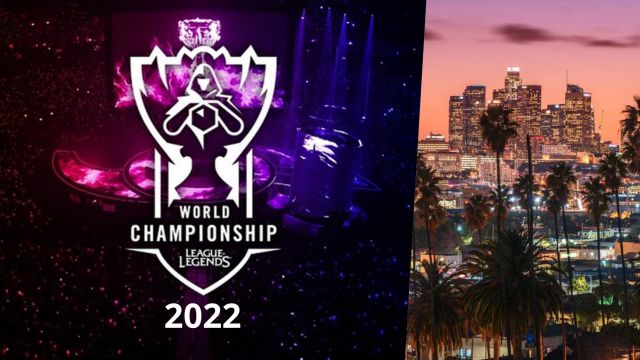 Worlds 2022: We tell you the first details about the next edition of the world championship of the popular MOBA; we already know which is the venue chosen for the tournament. The League of Legends Worlds 2021 final, played between Edward Gaming and DWG Kia, has just ended. After a long and intense championship, the great winner of the event has been Edward Gaming after beating his rival by a tight 3-2. And as we have been wanting more, we are already awaiting the next edition of the tournament; We tell you how much and where it will be held.

If we take a look back, we have to go back to 2016 to find an edition of the League of Legends world championship in North America. In fact, it was planned to hold this edition in that place, but the effects of COVID-19 ended up causing the location to be changed in favor of Reykjavik (Iceland). Of course, in 2022 we will return to the original plan: the LoL Worlds 2022 will be played in Los Angeles (United States). The exact dates are not yet known, but it will be during the last months of 2022.

League of Legends comes to Netflix: this is Arcane

Arcane is the new series set in the universe of the popular PC MOBA. Its premiere will take place tonight (you can check all the schedules and how to watch it online through the following link) and will have 9 episodes. According to the official synopsis, “The story focuses mainly on two cities: the rich and balanced Piltover and the seedy heart of Zaun. Tensions between the two cities grow even more with the creation of hextech, the way in which any person can control magic energy; and on the other hand in Zaun a new drug called shimmer appears that transforms humans into monsters ”.

Naruto’s Jiraiya Is Already A Waifu Thanks To Incredible Cosplay