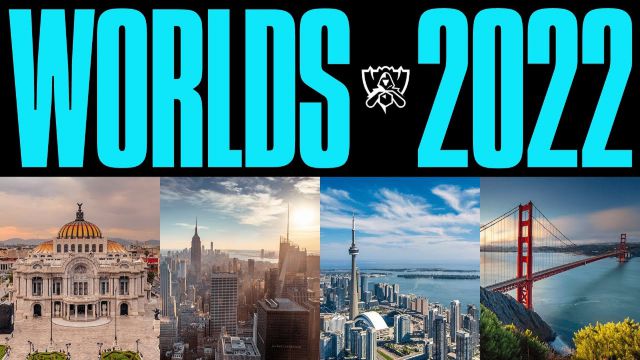 LoL Worlds 2022: Riot Games has reported on the locations where the most important League of Legends esports championship will be held. The League of Legends World Cup has just concluded, but Riot Games is already thinking about the next one. The North American company has announced that the LoL Worlds 2022 will return to the United States, Canada and Mexico, which is why they have unveiled the four cities that will host this event of global relevance in the field of esports.

“After six years traveling around the globe, the LoL Worlds 2022 are back in North America,” they comment on social media. They have shared a video in which the cities are revealed (you can see it below these lines), although they have also revealed them on social networks. In total there are four: New Mexico, New York, Toronto and San Francisco.

After six years traveling the globe, #Worlds2022 is returning to North America! https://t.co/rPAyhQ9zrN

This is the main itinerary

The stay in Mexico will serve for the first events, while the group stage and the quarterfinals will take place in New York, specifically at the Hulo Teatre in Madison Square Garden. Canadian fans will be able to enjoy the semifinals at the Scotiabank Arena, something that has not happened to date. Finally, the tournament will move to the Californian city of San Francisco (Chase Center) for the Grand Final.

“We are delighted to bring the full scale of our global sport to North America. If COVID allows, we will welcome fans to the stage across three countries and four different cities, ”said Naz Aletaha of Global League Esports. Worlds is the showcase for our best esports, so we’re looking forward to celebrating it with our fans in North America and across the world. ”

The coronavirus situation has prevented tournaments from being held normally. The countries have dictated their measures to protect citizens, so the stadiums have not been filled with spectators, waiting for the vaccination to have the desired effect. Hopefully the reality will be different in 2022.