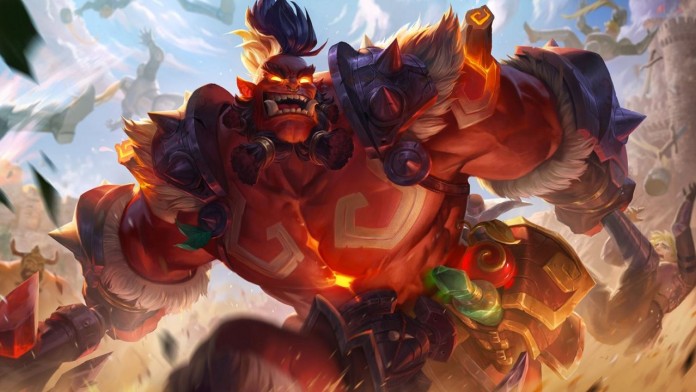 One of the most normal or so to speak simple characters in the game, Dr. Mundo has become much more popular than before, especially with its recent character renewal. Although it is debatable how popular it is, it is certain that it is played more than before.
Dr. Mundo is one of the oldest characters in League of Legends. It was so old that you could make this comment just by looking at the type before buying a renovation. Although the renovation he received is not a huge change on the gameplay of the character, they managed to affect the gameplay of the character with simple but effective changes.

Acting as a wall of flesh, to put it literally, Dr. Mundo is not a character that requires a lot of thought while playing. In addition to being a very Tank character, it can be said that he does not have any other great features.

Dr. Mundo CTs: Dr. Characters that are strong against Mundo
irelia
quinn
shen
trust
Kled
Although Mundo is a good character as a tank, characters that have the potential to cut tanks are pretty weak against them. On top of that, he can have some problems in the upper lane when he has a problem with mobility. In addition to the characters who can cut tanks, the characters suitable for hit-and-run with their range can put Mundo in a very difficult situation.

Zaun’s Madman Dr. All of Mundo’s abilities:
Passive / Goes Wherever It Wants: Dr. Mundo resists the first immobilization that hits him. Instead, it loses health and drops a chemical reservoir at a nearby location. Dr. Mundo can go over the canister and pick it up, regenerating his health and reducing the cooldown of this ability. Also, Dr. Mundo has a high amount of health regen.
Q / Microball Saw: Dr. Mundo launches an infected saw that deals damage and slows the first enemy hit based on their current health.
W/Shock Therapy: Dr. Mundo slams into himself, dealing continuous damage to enemies and stacking a portion of the damage he took. Dr. Mundo deals burst damage to nearby enemies at the end of the duration or when he re-casts the ability. Also, if the burst damage hits an enemy, it is healed for the equivalent of a percent of the stacked damage.
E / Concussion: Passive: Dr. Mundo gains bonus attack damage, increasing with his missing health. Active: Dr. Mundo slams his “health” bag over an opponent’s head, dealing physical damage based on his missing health. If the enemy dies, it is knocked away, dealing damage to enemies it touches.
R/Overdose: Dr. Mundo pumps chemicals into his body, instantly healing for the equivalent of a percent of his missing health. He then gains bonus attack damage and movement speed, and restores a portion of his maximum health over an extended period of time.
LoL’s Frankenstein, Dr. Mundo’s strengths and weaknesses:
Dr. Mundo’s powerful features:
No problems with mana in the lane phase
His passive health regen is high and his ult recharges so he can stay in the lane for a long time
He can easily fight with tank characters thanks to his attacking according to missing health and his additional attack power passives.
He’s a very comfortable character in lane thanks to Mundo’s lack of mana, additional health regen from his passive, and his ult regenerating very quickly. In addition, his abilities can hit according to missing health or passively gain additional attack damage, etc. Thanks to these factors, the tank can fight with the characters very easily.

Dr. Mundo’s weak features:
Mobility is definitely not its strength
Ranged characters hit very comfortably. can tire Mundo by doing
Just a wall of flesh late in the game
One of Mundo’s strengths is definitely not mobility. Yes, he has abilities that can slow down the opponent, but this is valid in positions where his character is like himself. In addition to this, ranged characters can hit Mundo very easily and put him in trouble.

Cobra Kai: Tanner Buchanan reveals what we suspected about his work...