Home Entertainment Loki Will Have A Great Impact On The Future Of The MCU:... 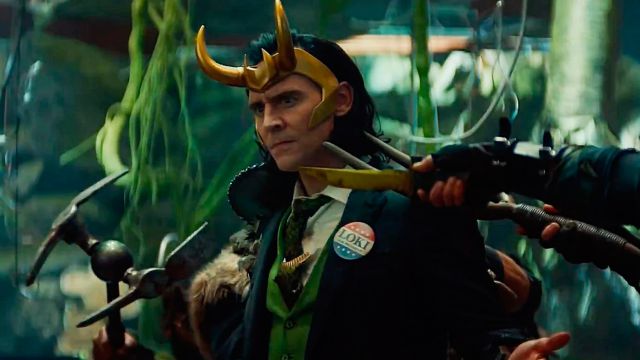 The new Marvel Studios series prepares its premiere on Disney + by sharing the beginning of its first episode with a new image.
Loki, the next series from Marvel Studios as well as for Disney + as part of the UCM, opens this Wednesday (remember that Wednesdays are the new Fridays) and therefore those responsible have shared the first four minutes of the first episode so that fans can satisfy their thirst for multiverse. And precisely in this sense, Kevin Feige, president of Marvel Studios, has assured that Loki will be decisive and will have a great impact on the Marvel Cinematic Universe.

New exclusive image of the series

Thus, and through an interview with the Empire medium, Kevin Feige has assured that Loki will have a much greater impact on the UCM than the other two series already released, such as Scarlet Witch and Vision and Falcon and the Winter Soldier. “It is tremendously important. Perhaps it will have more impact on the MCU than any of the series thus far. What everyone thought about WandaVision, and it was more or less true, and Falcon and The Winter Soldier, which was more or less true, is even more true for Loki, “says Kevin Feige.

Along with the article, Empire has published a new exclusive image, previously unpublished, in which we see Loki himself with Hunter B-15, one of the TVA temporary agents who is in charge of supervising the God of Deception in his interdimensional mission. To all this we must add the promise that at the end of the series there will also be a great change, as seen in Scarlet Witch and Vision with the new identity of Wanda or in Falcon and the Winter Soldier with Sam Wilson as the new Captain America.

You can already enjoy the first four minutes of the first episode of Loki in the clip that accompanies these lines that, remember, will premiere on Disney + this Wednesday, June 9 with a total duration of 51 minutes.

Battlefield Is Coming To Mobile Platforms!