Loki debuts next week with the promise of a never-before-seen story on the MCU. The series will follow the God of Cheating (Tom Hiddleston) trying to fix the timeline he messed up by running away with the Tesseract in Avengers: Ultimatum.

In another promotional video released by Marvel, Hiddleston, Owen Wilson, Gugu Mbatha-Raw and director Kate Herron show a little behind the scenes of the series and prepare fans for confusion and chaos. Check it out below:

Marvel is known for being extremely careful not to reveal details of their stories before the premiere. However, it seems that with Loki, care is being redoubled, largely because of the possibilities that the series can create for the MCU.

With time travel and the presence of alternate realities as the main part of the plot, anything can happen during the six episodes of production and almost no theory can be ruled out.

Loki will likely have a big impact on future franchise projects. The responsible for the script of the series, Michael Waldron, also participated in Doctor Strange in the Multiverse of Madness. In a recent interview with Total Film, the screenwriter stated that the show may have ramifications for other MCU productions. 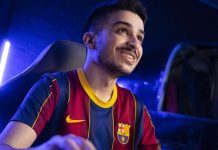 Pokémon GO now allows you to see the possible Pokémon of...