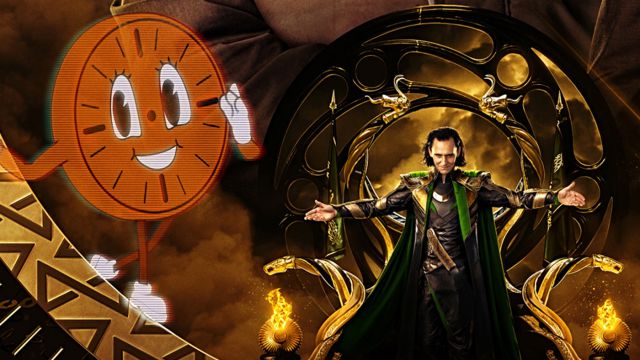 Loki: The next Marvel Studios series for Disney + is revealed in a new video trailer and reveals its main and surprising inspirations.Loki, the new Marvel Studios series for Disney + starring Tom Hiddleston that will tell us about the adventures of the God of Deception on his time travels after taking over the Tesseract in Avengers Endgame, has been seen in a new trailer of just over a minute of duration and that you can see leading this news, centered on the figure of Agent Mobius (Owen Wilson), on the occasion of the MTV Awards 2021. In addition, its director Kate Herron has shared the main inspirations of a series that will premiere on 9 June 2021.

And it is that after his escape, Loki ends up in the hands of the Temporal Variation Authority (TVA) dedicated to ending any unexpected variant of the timeline. But it seems that Agent Mobius M. Mobius wants something from Loki, thus preventing the death of Thor’s brother. After a talk between the two in an elevator with a curious numbering of floors, Mobius explains to Loki that time passes differently at TVA and that “it will catch up.” As a curiosity, Loki mentions “special lizards”; What surprises does Loki have in store for us?

On the other hand, the director of the series Kate Herron recently explained Loki’s inspirations in an interview with Entertainment Weekly magazine (via Screen Rant), ensuring that they include works such as Blade Runner, Mad Men and the Teletubbies, adding that we will have to wait to the premiere of the series to find out how the concept of the famous children’s television series fits in Loki, as well as mention a classic science fiction or the famous series set in the 60s.

Loki arrives exclusively on Disney + on June 9, 2021 after advancing its premiere two days through the slogan “Wednesdays are the new Fridays”, most likely, to avoid overlapping the series with the premiere of Black Widow on July 9 .