Home Entertainment Loki and the Star Wars series: Disney has a release date 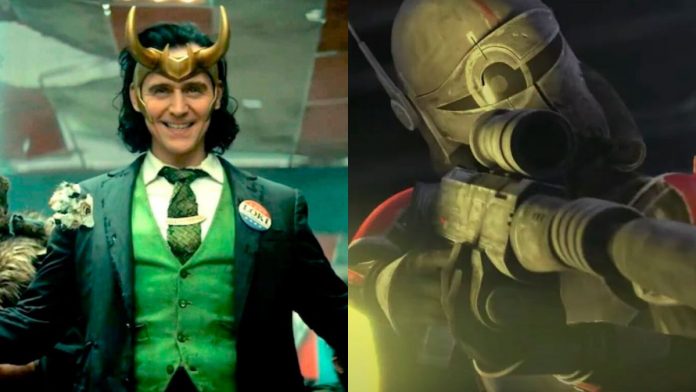 The Disney streaming platform shares the release schedule scheduled for this spring with the new series from Marvel Studios and Star Wars.

Disney has shared the release schedule of its new series scheduled for this spring with two of the most striking titles such as Marvel Studios’ Loki and Star Wars: The Bad Remittance (Star Wars: The Bad Batch), one of the new animated series from so popular movie saga. So much so, that Loki confirms its premiere on Disney + for June 11, while Star Wars: The bad remittance (final title for Spain) can be seen from next May 4.

Thus, Loki, the new Marvel Studios series as part of the UCM and which will tell us about the adventures of the god of deception after his escape through the multiverse in Avengers Endgame, confirms its premiere for June 11, just after Falcon and the Winter Soldier, the next Marvel Studios series to premiere on March 19, comes to an end.

On the other hand, one of the new Star Wars animation series, known until now as Star Wars: The Bad Batch and which finally receives the title of Star Wars: The Bad Remittance in Spain, will premiere on Tuesday, May 4 through of a special premiere; so much so, the next episode will arrive that same Friday, May 7, with the following episodes premiering every Friday on a regular basis until the end of the season.

Here we leave you with the calendar of premieres on Disney + for this spring: