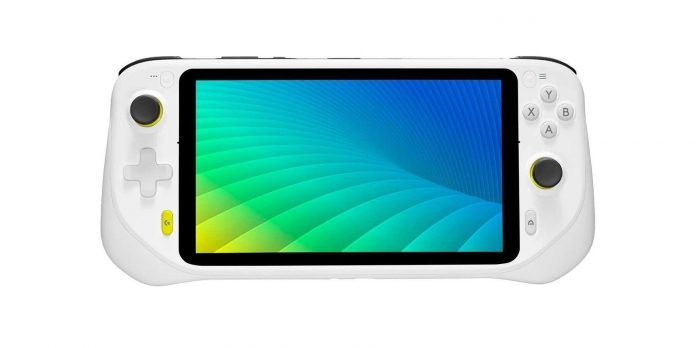 Logitech has been one of the leading companies in the gaming equipment niche for quite some time, offering mice, keyboards, headphones and much more as the most profitable options for a wide range of users. Now, however, it looks like the company wants to expand its capabilities with something it hasn’t done before-a portable gaming console.

Some may recall that Logitech announced its partnership with Tencent in early August, the goal of which was apparently the subsequent launch of a small handheld gaming console at the end of 2022. Although official sources have been mostly silent on the topic since then, the console itself, the Logitech G Gaming Handheld, seems to have leaked before its announcement.

The collaboration between Logitech and Tencent in the field of portable consoles made it clear very early on that this device would not actually be used primarily for local games. Instead, the main goal of G Gaming Handheld is to provide a small, compact and ergonomic solution to users of various cloud gaming products, such as Xbox Cloud Gaming services or Nvidia GeForce Now. Leaked images show that, judging by the appearance, the device is a fairly standard portable console with two joysticks, two shoulder buttons, two triggers, an ABXY assembly and a control panel, as well as several function keys.

As expected, the G Gaming Handheld looks significantly smaller and lighter than the ever popular Steam Deck. While the two devices are quite similar at first glance, Logitech is actually targeting a different niche, as it aims to launch various cloud gaming services for streaming games, rather than playing them natively. And, since the leaked images clearly show the customized Android user interface, the Logitech console will also have access to a completely different application library than Deck, which makes it harder to compare the two than it might seem at first glance.

Thus, a potential point of contention for the Logitech G Gaming Handheld may be the fact that its entire chip can be relatively easily copied using a phone with a Bluetooth telescopic gamepad, such as the Razer Kishi. It will be interesting to see if the device is successful, since deciding whether the Steam Deck is worth the entry price is quite difficult when its competitors are still relatively unavailable. By comparison, the Logitech console enters a much more saturated niche, since Android phones are easily accessible and cheap.

Very little is known about the mysterious portable gaming device from Logitech and Tencent. The leaked images were provided without additional context, and an official announcement is still pending. It is interesting to note that this is not Tencent’s first experience in the field of portable games. Earlier this year, news broke about a potential Steam Deck competitor from Tencent, although this was probably just related to the company’s previous investment in OneXPlayer, an older portable gaming PC.