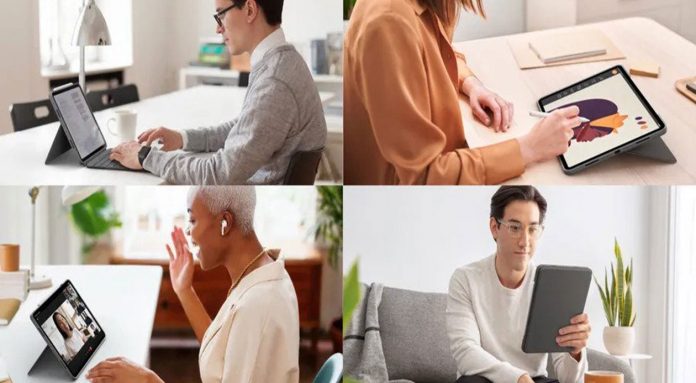 Following the M1-powered update announced by Apple for the iPad Pro, Logitech introduced keyboard and trackpad accessories for the 11-inch and 12.9-inch models. A detachable backlit keyboard with a Microsoft Surface-style support and trackpad will be connected via the iPad Pro’s Smart Connector.

Logitech Combo Touch will include many features

Logitech Combo Touch will support four different usage modes such as writing, viewing, drafting and reading. The keyboard, which will be offered in Oxford gray color, is also designed to protect against friction and scratches. It also has an open side to keep the Apple Pencil magnetically attached to the iPad for easy charging and storage.

The Logitech Combo Touch will be Logitech’s first keyboard to offer for the 12.9-inch iPad Pro and will be significantly cheaper than Apple’s own Magic Keyboard. The 11-inch model will be available for $ 199.9 and the 12.9-inch model for $ 229.99. Apple will release the Magic Keyboard with a tag price of $ 299 and $ 349. This means a savings of approximately 100 dollars.

Fans may invest in Nothing, startup by OnePlus founder