Home Celebrity Logan vs. Paul. KSI is the Winner of KSI Rematch 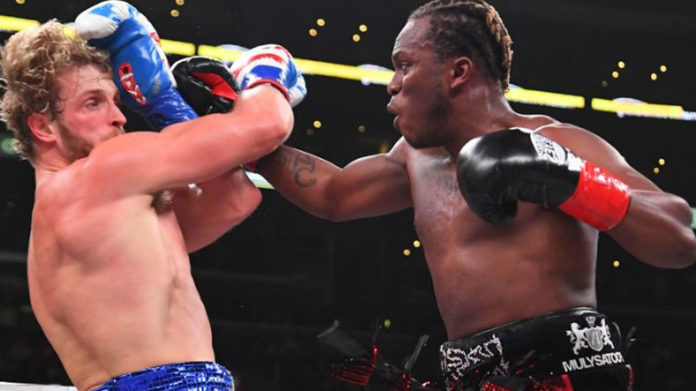 KSI, which has become one of the most popular topics of the internet world last year. The rematch of the Logan Paul boxing match was played earlier today. KSI won the match with the referee’s decision.

As you know, KSI, one of the most famous YouTubers in the world, challenged Logan Paul, another YouTuber, and had a double boxing match last year. This boxing match, which was not very exciting, was highly criticized by the followers and was described as a “show” rather than a boxing match. Eventually the match ended in a draw and they signaled a further date for the double rematch.

Rematch match of YouTube phenomena was held earlier today. The match was not broadcast free of charge from platforms such as YouTube, but there are no clear images of the match, but some Twitter users have shared sections of the match on their own account. Let’s take a closer look at what happened in the match.

KSI became the winning party with the referee’s decision:

As we mentioned above, the duo could not be defeated in the first match and had a draw. In today’s match, KSI managed to become a party to victory by winning two of the three arbitration committees. At this point, one referee decided in favor of 56-55 Logan Paul, the other two referees in favor of KSI, 57-54 and 56-55.

Held in the United States and Justin Bieber and Wiz Khalifa attended by famous names, the match was quite controversial. Logan Paul’s round 4 controversial hit, the referees Logan 2 points caused to delete. Logan’s deleted score was enough to change the fate of the match and lose. After the match, the two hugged and said they respected each other.

KSI, who won the victory, said that after his win with Logan Paul is finished. In addition, Logan’s brother YouTuber Jake Paul, who you know as his brother, said in his statements before the match that he is now a professional and wants to fight KSI. As we can see from here, we can see a boxing match between Jake Paul and KSI’s brother in the near future.

Elizabeth II: this passion of prince William which scares the queen...

Ariana Grande: Frankie is a fan of the hit “Rain On...