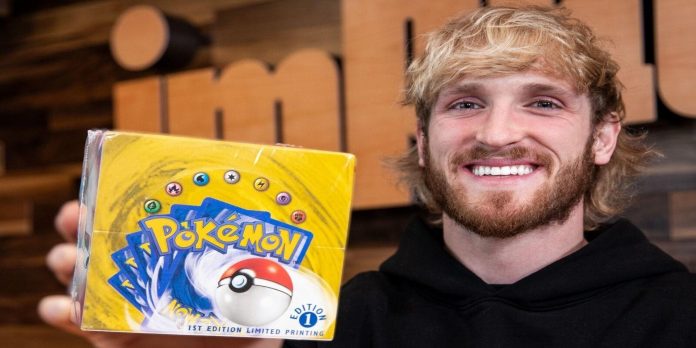 Whether the general public knows Logan Paul for his social media presence, his short boxing career, or his insatiable love of attracting attention, one thing that is synonymous with his name is controversy. Wherever he goes, Paul’s magnetic personality is guaranteed to attract a wave of fans who love him and those who despise his every word.

The only thing that cannot be denied is his absolute love for the Pokemon franchise. Regardless of whether Paul creates a custom table from Gameboy Colors or goes to WWE WrestleMania with one of the most expensive Pokemon cards around his neck, Logan Paul is without a doubt an avid Pokemon fanatic.

In the episode “Flagrant”, Paul made it clear which Pokemon game holds a special place in his heart. The first generation of Pokemon games, Pokemon Red and Blue, and then Pokemon Yellow as a special edition is the edition that Paul keeps coming back to. Paul says that once every three years he has a desire to buy a Gameboy Color and a copy of Pokemon Red or Pokemon Yellow to satisfy his craving for catching monsters. For a social media sensation, the original release of the first 151 Pokemon is the one that Paul considers the most attractive of all existing generations.

Released to the world in 1998, Pokemon Red and Blue hit the market and became a global phenomenon for any child who convinced their parents to put enough money on a Gameboy and a copy of Pokemon Red or Blue. Whether it was simplified combat mechanics, collectible pocket monsters or a memorable soundtrack, the game had it all. It sold over one million copies in Japan by the end of 1996 and another 3.65 million copies the following year, exceeding the total sales of Final Fantasy VII. In the United States, more than 200,000 copies were sold in the first two weeks, and by the end of the year, more than four million copies had been sold. Pokemon Red and Blue became the best-selling handheld game in 1999, reaching more than 6.1 million homes nationwide.

Paul was into the Pokemon franchise for just under four minutes, describing what makes him love this game series so much. Whether it’s capturing the original 151 Pokemon, collecting as many cards as possible from the Pokemon collectible card game, or just talking about the design of his favorite monsters, Paul is always ready to discuss his favorite franchise. Despite the fact that other guests burst out laughing because of his fandom, Paul remained adamant and was delighted, admitting that he not only collects Pokemon games and plays them, but will always remain a fan of the best-selling organization in the world.