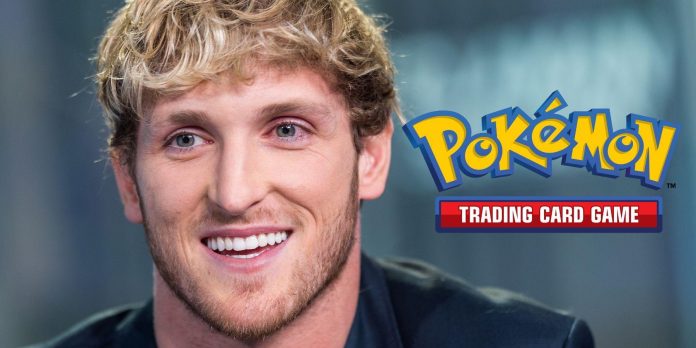 Over the past few years, collecting Pokemon cards has revived, as many collectors and fans are looking for the rarest and most valuable cards of the game. In recent years, sales of some of the first Pokemon Trading Card Game cards have exceeded hundreds of thousands of dollars. At an auction earlier this year, a copy of the coveted Pokemon Illustrator card was sold for $900,000, setting a new world record for Pokemon cards. The fascination with Pokemon even led to the fact that several online characters got into the trend, and Logan Paul was one of the most notable.

Over the past year, Logan Paul has become well acquainted with the community of passionate collectors of Pokemon Trading Card Game. Paul regularly made high-profile purchases of classic Pokemon cards between the infamous fake box of the first edition basic set and the PSA 10 version of the previously mentioned Illustrator card. Paul has accumulated a huge collection of valuable Pokemon cards since he invested in a hobby. He now plans to sell some of his prized Pokemon cards later this weekend through the Whatnot auction platform.

In a recent Whatnot press release, it is reported that Logan Paul will hold an auction through the platform on Sunday, July 3, starting at 14:00 Eastern time. The auction, which will be broadcast live via the Whatnot app, will feature more than 700 Pokemon cards from his personal collection with a total value of more than $200,000. Although the exact cards have not been confirmed, fans wishing to place bets during the event will have to register a Whatnot account and apply to become a “Verified Buyer” through the platform. Interested fans can find a link to the live broadcast on Paul’s Whatnot channel here.

Logan Paul’s involvement in the Pokemon community was only part of the massive expansion of his own brand in recent years. Paul made his wrestling debut earlier this year during WrestleMania 38 and signed a professional contract with WWE today. He has also repeatedly appeared at boxing competitions and even stated that he intends to run for president of the United States in 2032.

The upcoming Pokemon card auction will take place as the collectible side of the collectible card game has never been more popular. The rapid growth of Pokemon cards as collectibles has led sites such as eBay to adopt an “Authenticity Guarantee” program for cards sold on the platform. Celebrities like Katy Perry and Post Malone are also getting more involved in Pokemon with artists performing during the Pokemon 25th anniversary celebrations last year. Logan Paul’s auction on Whatnot will surely lead to the fact that many Pokemon fans will leave with a lot of valuable cards from his collection.

Cobra Kai Season 4: The 2 Characters Who Have a Secret...

A Strange Call of Duty Story with a Royal Battle