Home Entertainment Logan Paul and SummerSlam’s Moving Graphics May Be The Most WTF in... 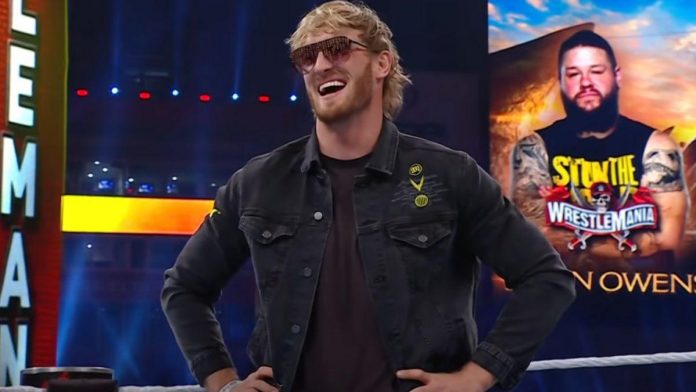 Ahead of all the major premium live broadcasts, WWE’s incredible production department collects still images, video packages and moving graphics to promote the event. I especially like the moving graphics, as they are perfect for social media and give a brief overview of the characters and dynamics for a particular match. Ahead of this weekend’s SummerSlam, WWE dropped the match between Logan Paul and the Miz, and mmm… what?

A quick little promotional material lasts seventeen seconds. A portion of Miz is exactly what you expect from him. He looks like a very jerk, acts like he’s too important to be there, and exudes the narcissistic vibe of a Hollywood jerk. Ideal. Logan Paul, on the other hand, well, I have no idea what he’s trying to do here.

Now, before I start analyzing what’s going on here, I want to shout out Logan Paul very quickly. The biggest problem most celebrities have when they show up or participate in WWE is that they don’t try hard enough. Pavel is trying very hard here. He jumped into the abyss with his clothes on (and not without them) and without a single reservation. Serious respect.

But I also have no idea what he’s even trying to do here. It was as if whoever directed him just kept saying, “No, let’s do more.” The expression on his face looks like he is taking heavy drugs, or is at a medical event, or maybe performing an acting exercise in an improvisation lesson. I’m not even sure if I’ve ever seen anyone make such a face before…

It also looks like a serious heel, and that’s my biggest problem with everything that’s going on here. Listen, Logan Paul won me over at WrestleMania 38. He was damn good and conquered almost everyone else. He was robbing for the camera. He cheated every chance he had. He referenced Eddie Guerrero and made a terrific frog splash. He has so much natural talent, and if your biggest complaint about celebrities is that they should have held onto the tag rope more, you know they’re awesome.

I fully support signing Logan Paul. I fully support him as a professional wrestler. His promo work is already better than 75% of the cast. He’s an incredible athlete. If he makes an effort, he can be impressive, but everything he does makes him look like a heel. He has the face and manners of a man you should be rooting against. Maybe he can pull it off at SummerSlam because the crowd likes to boo the Miz, but I’m not sure how many other people in the roster he could handle.

Regardless of these long-term issues that other members of the list are also struggling with, I just want to come back here and say WTF again when it comes to this motion schedule. I’m absolutely obsessed, and while I don’t think any of this makes sense for his facial character right now (unless he’s about to turn around at SummerSlam), I want to say that his commitment not to apologize has me so excited. his upcoming career.