Home Entertainment Log Out: 5 Underrated Horror Movies about the Internet 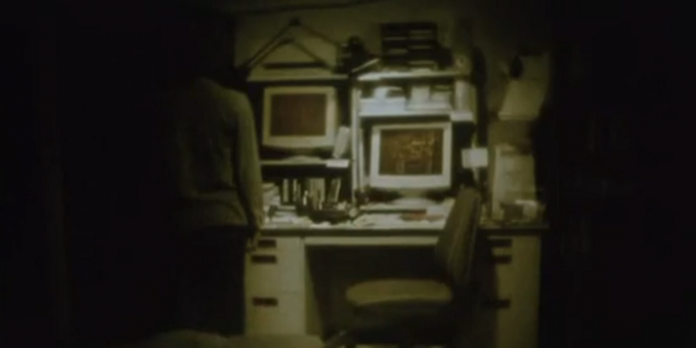 It seems that all people are talking about today is their relationship with the Internet, but one of the greatest forums of mankind for discussing complex issues does not answer this topic. Something about making horror movies about the Internet most often turns out to be outdated disposable garbage.

The latest technologies of that era are always frightening, often without requiring much creativity from artists to convey the horror. Internet horror movies too often fall into a preachy paranoid misunderstanding of basic human nature, which is vaguely related to the scary aspects of online life. It often looks comical, but some artists find their soul in an ever-growing data system to create something special.

This 2001 film, known in Japan as “Kairo”, which means “scheme”, is one of the best Japanese ghost stories of that era. Released three years after Hideo Nakata defined and popularized the genre with Ringu, Kiyoshi Kurosawa changed the format in a more modern direction. While Sadako Yamamura comes through a CRT TV thanks to a ghostly VHS cassette, the spirits of Pulse make their way into reality through a nascent computer monitor and dial-up modem. The premise sounds weak, hardly enough to carry the episode “Goosebumps”, but Kurosawa has created an obsessive and crushing play out of a simple sentence. The horror of the Pulse is not in ghosts, but in the frightening possibility that no matter how we live, no matter how connected we are, we are always alone.

Writer Isa Mazzei developed Cam partly based on her own experience as a video camera girl, and this topic also formed the basis of her 2019 memoir. The horror story she came up with from this part of her life combines a creepy question about identity, a dark look at how people treat sex workers, and a solid horror experience in a tight 90-minute package. The plot follows Alice, a woman who discovers that something perfectly mimicking her appearance and mannerisms has taken over her role in the frame. Resembling Dostoevsky’s “Double”, “Cam” torments the main character and the audience with inner horror that an identical double takes over someone’s life and makes it better. It’s atmospheric, visually creative, exciting, and much smarter than you might think. Anonymity on the Internet is used against a person to attack and question the very existence of an individual. No one is who they are online, but Cam asks if someone or something else can take this online persona without the soul behind it.

In the world of horror films about the Internet, the “screen life” subgenre is the most direct approach to this concept. This trend was popularized in 2015 with the help of Unfriended, the product of Timur Bekmambetov, the producer who came up with the concept. This film, however, was replete with terrible acting, a terrible script and generally a terrible embodiment of a decent idea. However, five years later, someone took an almost identical idea and created a “Host” — a story about teenagers who feel real and behave like real people. The host is hardly full-fledged, but of the length it should be. The story tells about a group of teenagers who watch a Zoom session on the phone, only to awaken an evil spirit that threatens their entire lives. This is a simple story and a dynamic horror adapted from a simple joke that director Rob Savage arranged for his friends during a video call. The film was made taking into account both the ongoing pandemic restrictions and their impact on humanity. This is the perfect film for modernity.

We’re all going to the World’s Fair

Jane Schoenbrun is one of the most insightful and unique voices when it comes to art on the internet. Their debut feature film of 2021 shows how they act as a screenwriter, director and editor — it’s an inner cry at the other end of a black LCD screen. There is nothing better than “We are all going to the World’s Fair”, but, like “The Host”, he is not underestimated due to lack of appreciation. Most of those who saw it described it as a powerful journey of growing up into a bizarre nightmare of dysphoria and identity. Instead, it’s a visibility issue. “We are all going to the World Exhibition” was watched by an insufficient number of people, and this should change. Those interested in the internet or horror movies should find this movie because it’s brand new and the world needs to see what Schoenbrun comes up with next.

Looking at David Slade’s “Hard Candy”, you can see that it is clearly less online than the other films on this list, but it is still saturated with horrors that only the Internet can create. Starring Elliot Page and Patrick Wilson as a 14-year-old child and a 32-year-old photographer, respectively. The two meet in a dubious online chat, exchange information and agree to meet under lustful circumstances. What follows is one of the most unpleasant internal tensions in modern cinema.

Why is Satoru Gojo from Jujutsu Kaisen Covering His Eyes