Home Sport Liverpool’s strong squad could be for the match against Man City —... 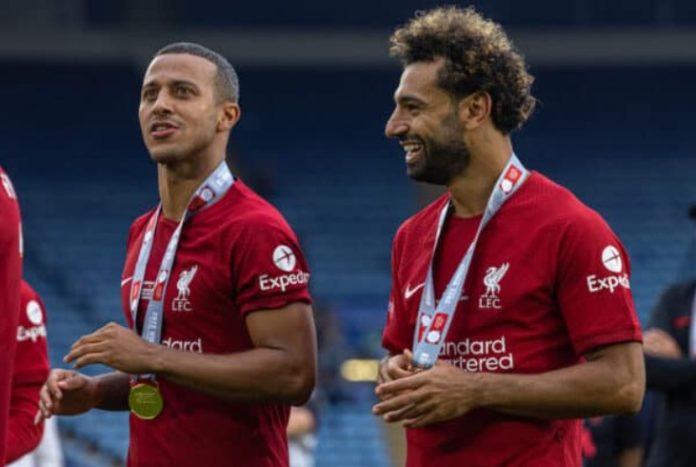 Liverpool will resume their post-World Cup campaign with a trip to Man City for the League Cup, and Jurgen Klopp is likely to have a strong squad.

This weekend will be the last competitive game before a five-and-a-half-week break for Liverpool as they host Southampton in the Premier League.

After that, seven players will go to the World Cup, and after a short vacation, the rest of the team will go to Dubai for training camps in warm weather.

There, Klopp will try to build a base for the rest of the season, having friendly matches with Milan and Lyon before returning to face Man City in the fourth round of the League Cup.

Having made 11 substitutions for the victory over Derby in the third round on Wednesday evening, the coach could hope to field a less experienced team in the next round.

But since the opponent is Man City, Klopp could instead turn to more key players, especially since they have not participated in the competition for more than a month.

Mohamed Salah, Thiago, Andy Robertson, Roberto Firmino, Harvey Elliott and Joe Gomez are among those who will be ready for the match, while Luis Diaz, Joel Matip and Naby Keita are expected to return from injuries by then.

James Milner, Curtis Jones, Alex Oxlade-Chamberlain, Kostas Tsimikas, Kaoimhin Kelleher, Fabio Carvalho and Calvin Ramsay are among other names who may be in the squad.

Most likely, they will be supplemented by a number of academy players, namely Stefan Bajcetic, Bobby Clark, Melkam Frauendorf, Jarrell Kuansa, Luke Chambers and Ben Doak.

Unlike Liverpool, most of the Man City team is set for the World Cup, and 15 first-team players have already been called up.

Striker Julian Alvarez could join them when Argentina’s selection is confirmed and only four senior players will not travel to Qatar.

Erling Haaland and Riyad Marez were ineligible after Norway and Algeria failed to qualify, and are likely to start the match in mid-December along with goalkeeper Stefan Ortega and Sergio Gomez.

Of course, everything can change depending on which countries will go beyond the group stage of the World Cup, which runs from November 20 to December 2.

Players who have been eliminated before the 1/8 finals can theoretically return to their clubs for the League Cup match, and perhaps even those who are eliminated from the competition at this stage.

In any case, Liverpool will have a strong squad when they head to the Etihad in the week starting December 19.

Liverpool players do not participate in the World Cup.
LIVERPOOL, ENGLAND – TUESDAY, September 13, 2022: Liverpool squad Luis Diaz and Trent Alexander-Arnold before the UEFA Champions League Group A second round match between Liverpool and Ajax at Anfield.
Goalkeepers: Kelleher, Adrian, Davis

It is reported that the Giants rookie was injured at the...