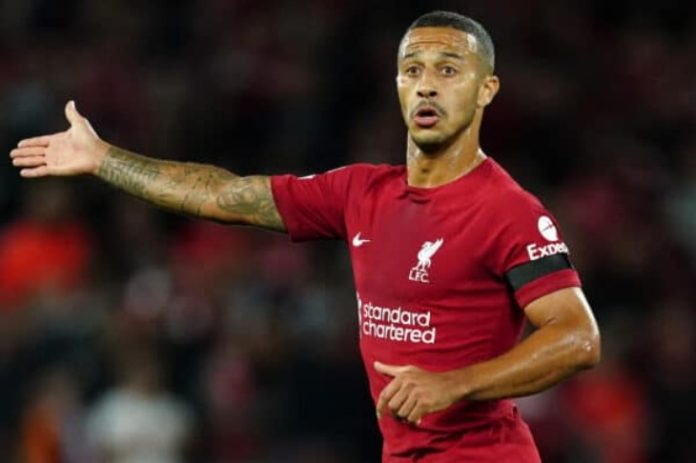 Jurgen Klopp has made just one change: Liverpool will play Leeds just three days after beating Ajax, and Tiago is the only new face in the squad.

The Reds returned to Anfield after a trip to Amsterdam, inspired by a 3-0 victory that secured them a place in the 1/8 finals of the Champions League.

Tonight’s task will be to put behind the 1-0 defeat by Nottingham Forest and restore the fighting form that earned consecutive wins in advance, and Klopp named a strong side.

However, it remains to be seen which iteration of his 4-4-2 scheme the manager has chosen, and whether the 4-3-3 scheme will return.

Most likely, this is a two-man midfield, as Thiago starts alongside Fabinho, and Harvey Elliott starts in a more advanced role instead.

If so, Elliott will join Roberto Firmino, Mohamed Salah and Darwin Nunez in a four-pronged attack.

From the bench, Klopp has the likes of Jordan Henderson, Curtis Jones and Fabio Carvalho to turn to.