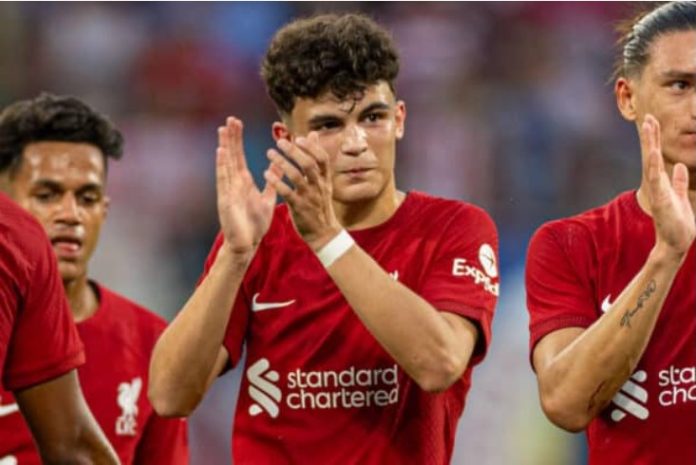 Jurgen Klopp has changed his squad for today’s clash with Derby in the League Cup, which includes the full debut of five young players.

Tonight, the Reds will play the Derby of the first league in the third round, and the coach will shuffle his package after a hard-fought 2-1 victory over Tottenham.

Kaoimhin Kelleher makes his first start of the season in goal, the Irishman has only played once for the under-21 team this campaign due to a long-standing groin injury.

Ahead of Kelleher in defense are Kelvin Ramsey, Nat Phillips, Joe Gomez and Kostas Tsimikas.

Stefan Baisetic will start at No. 6, while Alex Oxlade-Chamberlain and Bobby Clarke will join the youngster in midfield.

Leighton Stewart has the opportunity to come forward, and the 20-year-old striker is surrounded by Melkama Frauendorf and Fabio Carvalho.

Klopp has players like Roberto Firmino, Luke Chambers and the magnificent winger Ben Doak on the bench, and a number of key players have been given the day off.

Liverpool have met Derby only once in the last 15 years, when they were led by Klopp in the same round of the League Cup in 2016, which resulted in a 3-0 victory.

At that time, Bajcetic was only 11 years old when he studied at the Celta Academy in Vigo, and only three years old when the two teams last met in the Premier League.

Zidane: “We must show that it is no accident what we...