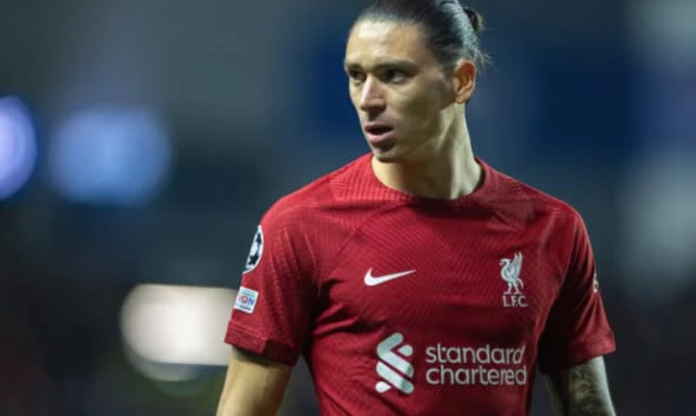 Darwin Nunez is long-awaited to return to the Liverpool squad, as the Reds will play Ajax in the Champions League today.

Nunez is one of three replacements for the team that inexplicably lost to Nottingham Forest on Saturday, replacing Fabio Carvalho.

Other changes: Alexander-Arnold will replace James Milner on the right flank of defense, and Jordan Henderson will replace Curtis Jones in midfield.

With Nunes, Mo Salah and Roberto Firmino in the lineup, it’s unclear whether it will be 433 or 442 with one of this trio.

Ibrahima Konate returns to the team after an injury among the reserves and is going to get minutes off the bench.

Liverpool can go into the playoffs with a draw or better tonight.

Nunes scored for the last time in Europe, in a record-breaking 7-1 victory over Rangers two weeks ago, and has scored in each of the last three matches.

He is returning to the squad after missing Saturday’s match due to muscle pain.

Liverpool do not have Thiago, Luis Diaz, Diogo Hota, Arthur, Joel Matip, Naby Keita and Alex Oxlade-Chamberlain — the latter two due to not being registered in the Champions League.

This means that among the substitutes for the Reds there is a young man Stefan Baisetic and a newly minted player Calvin Ramsey.

The match starts at the Johan Cruyff Arena stadium at 20:00 (Moscow time).