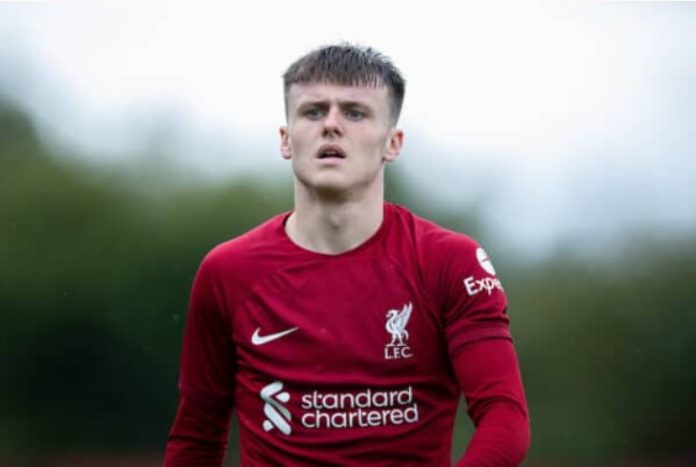 Liverpool youngster Ben Doak is part of the main squad for today’s Champions League Cup match with Derby, a 16-year-old player awarded for his excellent form.

Doak made a brilliant start to his life on Merseyside, having moved from Celtic in the summer for £600,000 after his debut with the Scottish club.

He is only 16 years old, and he smoothly moved from the under-18 team to the under-21 team, scoring nine goals and seven assists in 15 matches in different age groups.

No other player in Liverpool’s academy has scored more goals than Doak, who also scored on his Scotland under-21 debut in September, seven minutes after taking the field.

Although he has not trained regularly in the main team this season, Jurgen Klopp has called up a teenager in the youth team to play in the Derby tonight.

Keifer McDonald of the Liverpool Echo broke the news before the official team tables were published, and it is expected that Doak will not be the only new face in the group.

LIVERPOOL, ENGLAND – TUESDAY, November 1, 2022: Bobby Clarke of Liverpool during the game of the 6th round of the UEFA Youth League between Liverpool U-19 and Napoli U-19 teams at the Liverpool Academy.

Stefan Baisetic is in line for a full debut, and there is a chance that players like Bobby Clarke, Luke Chambers and possibly Leighton Stewart will also get into the starting lineup.

It comes as Klopp prepares to announce changes between Premier League games, giving minor players and young hopefuls an opportunity to impress.

Derby arrives at Anfield after a 2-2 draw with non-league Torquay in the first round of the FA Cup and is seventh in League One after seven wins in 16 games.