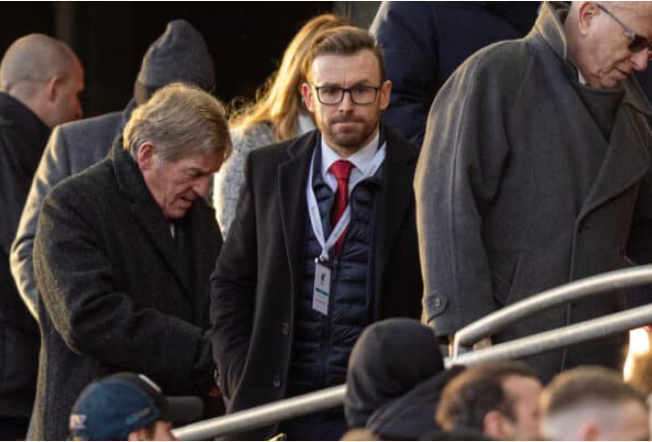 It is reported that Liverpool Football Club is “surprised and disappointed” by the decision of Julian Ward to resign as sports director, and many journalists reacted to this news.

On Thursday, the shocking news emerged that Ward will leave Anfield at the end of this season, having worked in a new role for only six months.

The 41-year-old replaced the influential Michael Edwards as sports director at the beginning of the year, which we hope was a smooth and long-term transition.

However, everything went wrong, and Ward will go to new pastures as soon as the current campaign reaches its climax.

Unsurprisingly, this event dominated Liverpool’s headlines on social media, and many well-known media figures expressed their thoughts on this.

James Pearce of The Athletic tweeted that it was a “big surprise”— which hopefully won’t hinder the promotion of the Reds’ hiring model.

A major surprise as Julian Ward informs Liverpool he will step down as sporting director at the end of the season.
Full story…. #LFC https://t.co/m9ucSNCaEI

Pierce explains that Ward will remain in this role until May.

Understand director of research Ian Graham could be next to leave, too.#LFC https://t.co/ehUm1xCGyG

Liverpool made considerable efforts to convince Ward to stay, but a big role in his decision was played by changes in the organizational structure at Anfield, as well as the looming specter of a possible takeover of the club — in particular, Mike Gordon’s decision to take a back seat in terms of day-to-day operations to focus on a potential sale.”

Fellow journalist David Lynch admitted that at present everything at Liverpool “looks far from rosy,” and this news suggests that the former stability has been lost.

Ward's departure positioned as his decision but surely a concern that it follows on so quickly from his predecessor doing the same. Throw in FSG's desire to sell as well as a poor start to the season and everything looking far from rosy at Liverpool at the moment.

Dominic King of the Daily Mail said the club had “reluctantly accepted” Ward’s decision to move on, highlighting the respect he holds and the damage it could do.

Julian Ward will leave Liverpool at the end of the season, the club have reluctantly accepted his decision.
No indication who will replace him at this stage as Sporting Director but all options are open, including recruiting from outside.

The Telegraph’s Chris Bascombe was perhaps the person most taken aback by the development, he just asked: “What the hell is going on?”, albeit a little mockingly.

Julian Ward quits: Story and my take on ‘what the f*ck is going on?’ here.https://t.co/vo7Qu3A6up

There is no doubt that this is concerning news for Liverpool, as Ward is seen as the man who was going to take them into the future and fill the resulting void of Edwards.

Instead, this rapid change suggests that things are not going well at Anfield, and the current ownership situation is further clouding the situation.

Liverpool need to act quickly and find a suitable replacement for Ward as soon as possible — someone who can match Jurgen Klopp in the transfer market and ease the burden on the coach.

There are suggestions that Klopp could use a more practical approach to transfers, but it is important that he has strong deputies next to him, as was the case with Edwards and Ward.

In the course of further developments, it also became clear that another member of the transfer analyst team, Dr. Ian Graham, has also resigned and is serving a notice period.