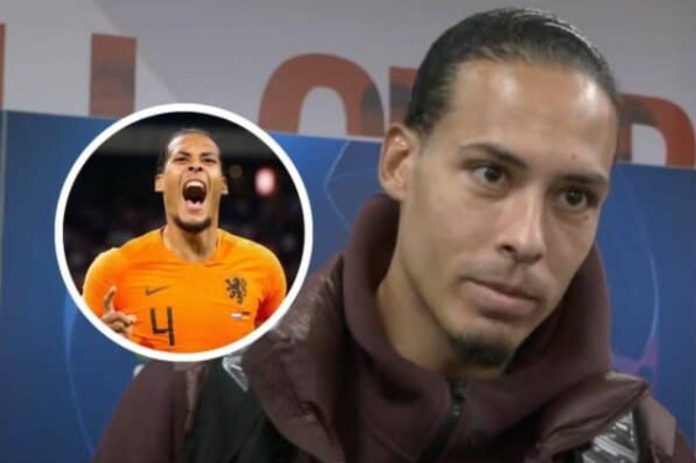 While a host of Liverpool players are preparing to play for their countries at the World Cup later this month, Virgil van Dijk insists that those involved in Qatar will “definitely” need a break after the tournament.

Netherlands captain Van Dijk is one of several players who will go to the first ever Winter World Cup after the Reds finish their last three matches before the mid—season break.

Players such as Alisson, Trent Alexander-Arnold, Jordan Henderson, Fabinho and Darwin Nunez are also likely to be involved as Liverpool are not due to resume their Premier League campaign until Boxing Day.

However, since the World Cup final will be held on Sunday, December 18, there is a high probability that not all those who returned from the tournament will be able to take part in Liverpool’s festive matches.

Van Dijk believes he and the other Liverpool players playing in Qatar will definitely need a break after their international commitments are fulfilled.

LIVERPOOL, ENGLAND – Saturday, October 29, 2022: Virgil van Dijk of Liverpool leads his team before the English Premier League match between Liverpool and Leeds United at Anfield. (Photo by David Rockliff/Propaganda)
The Reds will play Tottenham and Southampton in the last two league matches before the season stops, and Van Dijk is unlikely to play in the League Cup match against Derby next week.

“Yes,” Van Dijk instantly replied when asked if he thought he and the other players involved in Qatar would need a break after that.

“It depends on the circumstances, I hope we will reach the final and win it, but you never know for sure. We’ll definitely need a little break, and we’ll probably get one too, we’ll see.

“Personally, I probably have two more games to play, and then I will fully focus on Holland and do my best for my country.”

Jurgen Klopp will certainly not want to deny these players a break, and from a selfish point of view, the Liverpool boss will hope that all his players involved in Qatar will fly out at an early stage to give themselves as much time as possible to recover. until the second half of the season.

Any Liverpool players who have reached the last stages of the tournament are likely to miss the visit to Aston Villa on Boxing Day and will certainly doubt that they will play Leicester on December 30 and Brentford on January 2.

Van Dijk went on to explain how he hopes those who are not participating in the World Cup will benefit from more time on the training field with Liverpool, as the Reds are going to fly to Dubai for a training camp in the middle of the season, where they also have to play a few friendly matches.

“It’s definitely a different first part of the season. In my opinion, anything can happen after the World Cup. We’re trying to finish as hard as we can.”