Home Entertainment Liverpool Is Up For Sale, CL Draw and The Next 2 Opponents... 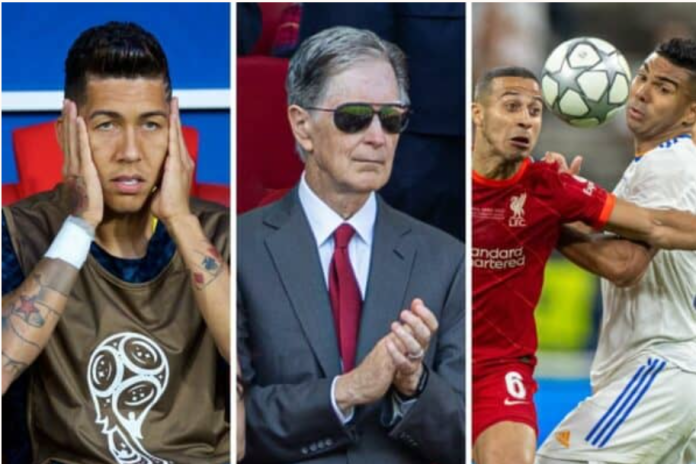 Liverpool may have won against Tottenham on Sunday, but on Monday, news of the last 16 of the Champions League draws gave way to revelations that FSG was inviting offers to sell the club.

Liverpool is for sale?!

It was an important day in the world of Liverpool FC when news broke that the owners of Fenway Sports Group were now inviting offers to sell the club.

David Ornstein of The Athletic was the first to report the news, saying, “a full sales presentation has been prepared for interested parties,” and financial companies “Goldman Sachs and Morgan Stanley have been invited to assist in this process.”

The wording in the FSG statement indicates third-party investments and is a response to the report itself, which suggests the possibility of a full sale.

Later that day, the Boston Globe, owned by John Henry, said FSG was “trying to assess which is better: to attract new investors… or just sell it.”

Addendum: “The team engaged banks Morgan Stanley and Goldman Sachs to find out what the appetite is for a partial or controlling share of the historic football club in the global market.”

It will be a shock, but time makes sense, given the current financial situation, the assessment of the club and an understanding of what is now necessary for competition.

Currently, the club is valued at approximately 3.6 billion pounds, which is 12 times the amount that FSG paid for the purchase of the club in 2010 (300 million pounds).

The news has left fans in different camps, some believe that “it’s time for FSG to move on”, while others say that “be careful what you wish for” — where are you sitting?

This is monumental news, but it raises the question of which buyer Liverpool will attract.

It seems that Liverpool cannot escape from Real Madrid, as these two drew with each other in the 1/8 finals of the Champions League — the full draw can be viewed here.
The confirmed dates of the two matches are somewhat favorable for the Reds in terms of their league schedule, but this leaves the problem of postponing the Chelsea match.
This is a repeat of the Champions League final, but Liverpool fans feel better knowing that this draw consists of two matches, not one game.

Roberto Firmino did not make the Brazil squad for the World Cup, but Alisson and Fabinho did. Talk about a huge personal disappointment for No. 9!

Klopp sees “room for improvement” in Darwin Nunez — has the ball of chaos moved to a new level?! With all the news we got on Monday, it’s easy to forget that we played 24 hours ago!

Meanwhile, Derby pressed the “self-destruct button” before the League Cup trip to Liverpool, drawing 2-2 with non-league Torquay United in the first round of the FA Cup.

Manchester United and Barcelona will meet in the Europa League playoffs, I think Frankie de Jong will still play at Old Trafford this season.

Southampton will arrive at Anfield on Saturday with a new manager following the sacking of Ralph Hasenhutl. It is reported that the leader is Luton manager Nathan Jones. We beg, no rejections from the new manager.

Look at this: Manchester City has reported a record club revenue of 613 million pounds and a profit of 41.73 million pounds for the 2021/22 season — there is absolutely nothing to look at here…

Tweet of the Day and first looks at Real

Julian Ward on his way back from his lunch break pic.twitter.com/R9qXAgtWVf

If you want to know how Real Madrid are doing, tonight (20:00 UK time) they face Rayo Vallecano in La Liga — it’s second place against ninth in the table.