Home Sport Liverpool against its history and the ambition of Flamengo 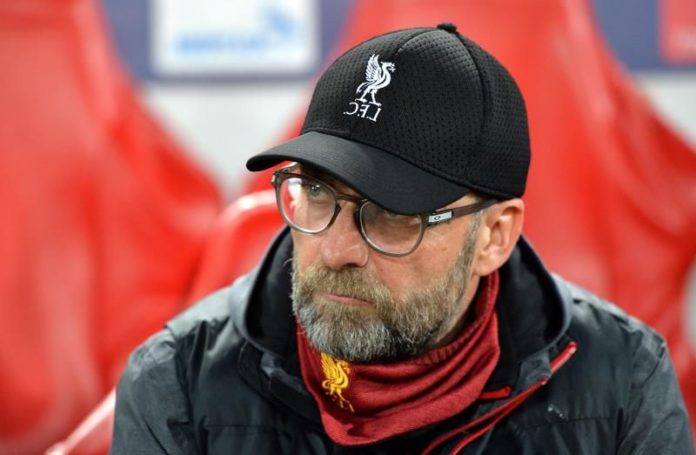 Liverpool and Flamengo will be measured this Saturday in Doha by the world football club crown in a reissue of the 1981 final, with bitter memories for the English and sweets for some Brazilians who dream of putting the finishing touch to a historic season.

The whole ‘red’, European champion, aspires to get their first Club World Cup, a damn competition for them with three defeats in three disputed finals (1981, 1984 and 2005).

In two of those of those stumbling blocks he had Brazilian teams as rivals.

In 2005 he fell against Sao Paulo (1-0) and in 1981, when it was still called Intercontinental Cup, he went thrashed 3-0 against his opponent this Saturday, Flamengo, who aspires to repeat deed now in the Khalifa International Stadium .

Thirty-eight have passed since that game in which the carioca team, then led by ‘Zico’, passed over Liverpool, which came from beating Real Madrid in the final of the European Champions Cup.

Nunes scored two and Adílio another one in the Tokyo Olympic stadium. The fans kept that team in their memory as the best ever, now they doubt.

The template directed by the Portuguese Jorge Jesus is on his way to mark an era.

Flamengo was proclaimed champion of the Brazilian League with enormous superiority and raised his second Copa Libertadores by dethroning the River Plate in a heart attack final that he traced in the final minutes thanks to two blows by Gabriel Barbosa ‘Gabigol’ (2-1) .

The rubro-black club thus equaled Santos de Pelé of the 60s by winning Liga and Libertadores in the same year. The Club World Cup would be the icing on an outstanding course.

Jorge Jesus has mentalized his team for the big decision, which they agreed to after winning the Saudi Al Hilal semifinals in the nth comeback of the team (3-1).

He had special attention during the preparatory training with midfielder Willian Arao, the anchor in the center of the field, and striker Gabigol, the top scorer.

He and his partner in the attack, Bruno Henrique, exceed 70 points this season, numbers that could be signed by any attacking pair of a great European.

Gabigol and Bruno Henrique will form the offensive line of an eleven without casualties, or doubts and that has other important players such as the Uruguayan Giorgian De Arrascaeta, the Spanish Pablo Marí or the experienced lateral Filipe Luis and Rafinha.

Liverpool has strived, for its part, to convince the importance of this title, although its focus seems to be far from Qatar, perhaps in England, where they are leading leaders of the Premier League, their main goal of the season.

The English team already suffered in the semifinals against Mexican Monterrey (1-2), which only doubled in the 91st minute thanks to Roberto Firmino.

But his coach, Jurgen Klopp, insists on wanting to take the trophy home.

“We are not here as European champions and with the intention of showing that we are superior, but we want to win. We are not bad and nothing is decided,” he said at the press conference before the game.

The German coach will have two safe casualties, Matip defender and midfielder Fabinho; and two unknowns for the eleven, because Wijnaldum was not released this Friday and Virgil Van Dijk, second best player in the world by the FIA, exercised normally, but it is possible that he is not one hundred percent, so it is doubt.

Klopp predicts a peer-to-peer final, although he is clear about it, or at least his father told him: “Pele is the best player.”