Home Sport Liverpool got another injury, Joel Matip ruled out 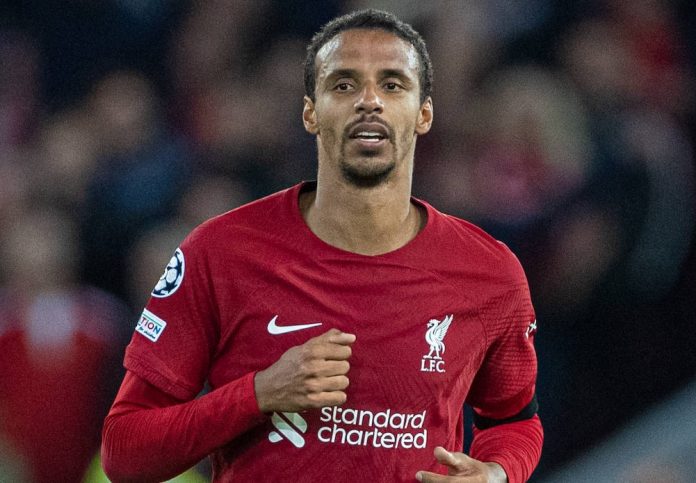 Liverpool’s problems seem to have come out of the other end of the injury crisis and Joel Matip is now ruled out.

As soon as their fitness problems began to be solved, the Reds received a triple blow after a 3-2 defeat to Arsenal.

Luis Diaz will be out until the end of the World Cup due to a knee problem, and Trent Alexander-Arnold is out of the game for at least two weeks due to an ankle injury.

These injuries were already evident after Jurgen Klopp’s post-match press conference at the Emirates, but now another setback has arisen.

According to James Pierce of The Athletic, Matip will now miss “two to three weeks” due to a shin injury sustained in the second half on Sunday.

Matip was substituted in the 69th minute of the match against Arsenal, his place was taken by Ibrahima Konate, and now he is likely to be absent for as many as six games until the end of October.

This is a serious problem for Klopp, who is now without two of his four main players in the starting line-up, and Andy Robertson himself has just returned from a hamstring injury.

Joe Gomez is among the options for a central or right—back position, and Konate and Nat Phillips are other candidates to partner Virgil van Dijk in the center of defense.

Calvin Ramsey is not yet fully fit due to a back complaint and is expected to gain more time with the under-21 players before being trusted at first-team level, while James Milner is likely to take the right-back position at this stage.

Sepp van den Berg and Rhys Williams are on loan at Schalke and Blackpool respectively, and both are recovering from their own injuries.

Diaz, Alexander-Arnold and Matip join Naby Keita, Alex Oxlade-Chamberlain and Arthur in the treatment room, and Liverpool will play 10 times over the next 32 days.