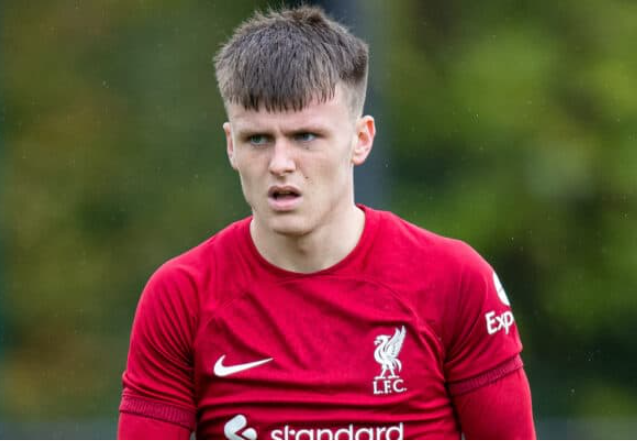 Liverpool have confirmed a new long-term contract with debutant Ben Doak, who signed a professional contract after his 17th birthday.

Doak made his debut for the first team as a late substitute in the Carabao Cup win over Derby, impressing fans with his willingness to take on players.

It was a vivid cameo role of a teenager who made an instant impression after he moved from Celtic for 600,000 pounds in the summer, scoring nine goals and making seven assists in 15 games for the academy.

The next was a place on the bench in the Premier League, not used in the 2-1 victory over Southampton.

This was followed by the announcement of a new contract, and Doak became eligible for a professional deal when he turned 17.

Players under the age of 17 are only allowed to sign scholarship terms, but Liverpool were keen to tie up their No. 50 as soon as possible.

It is assumed that the deal is for three years, that is, until 2026, which is the maximum possible period for the first professional contract.

Doak is likely to remain a regular in the youth teams rather than the main team, but may receive more attention at the senior level as the campaign progresses.

“He’s a really lively boy, a smart player, a good dribbler, quick, can use both legs,” Jurgen Klopp said after his debut.

“He’s good! Nice to see, huh? It was really nice to watch him come in, and immediately a lot of things are obviously natural to him, which is really helpful.

“I’m pretty sure his family was here tonight. I remember when I saw the family at AXA, when we signed the boy, how excited everyone was.

“And now that I have this night, this is the next step. It’s cool, he showed up, obviously.”

Joker 2: 10 Villains that the Joker could Fight in his...