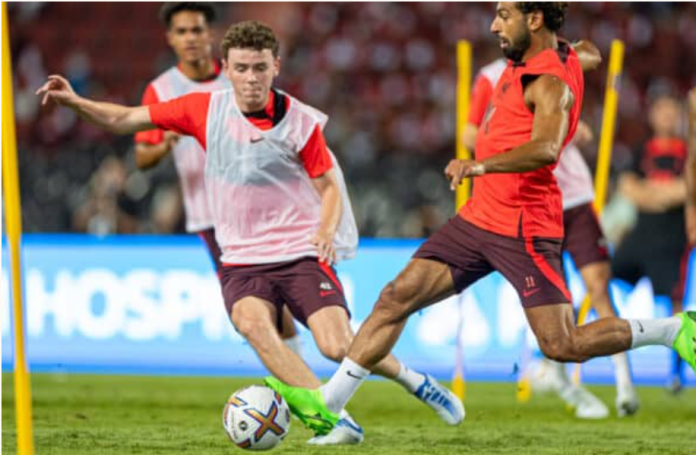 Liverpool youngster Tom Hill has spent 24 of the last 26 months injured, while under-21 team manager Barry Lutas insists he is “just unlucky.”

But a blow during a training session in Bangkok forced him out of the game, and it eventually led to four months out of the game before he made his first appearance for the U21 team on Sunday.

This happened after an anterior cruciate ligament injury sustained in September 2020, which, combined with shin and back problems, kept him off the field for a total of 20 months.

Lutas took Hill off the bench for the last 14 minutes of the 3-1 victory over Fulham at the weekend and told the club’s official website about the 20-year-old’s situation.

“Tom was really unlucky, without a shadow of a doubt,” the U21 coach said.

“Tom is a young boy who is an incredible professional in the way he approaches the case. He was just unlucky.

“We all hope that now he is behind us, and we will integrate him back into the team and back into the squad, full-fledged training.

“It was very nice to give him a chance.

“We appoint Tom at a really important moment in the game because we know what kind of player he is and what his character is. He had a very important influence on us.”

It has been a nightmare two years for Hill, who was emerging as one of the brightest talents in Liverpool’s academy before an anterior cruciate ligament injury and was due to become captain of the under-18 team that season.

Now he is returning to football with the under-21 youth team again, having received a chance to get into the first team in the summer.

In that brief cameo against Manchester United, he was entrusted to join the offensive line along with Mohamed Salah and Darwin Nunez, and the management clearly believed in his abilities.

Both Hill and Lutas will now be hoping that his injury problems are now behind him and he will be able to play an extended series of games before a decision is made on his next move.

There is even a chance that he will go on loan to the Football League in January, although when it comes to his fitness, you need to be careful.

Ahsoka Is Already Making a chronology of Messier’s “Star Wars”