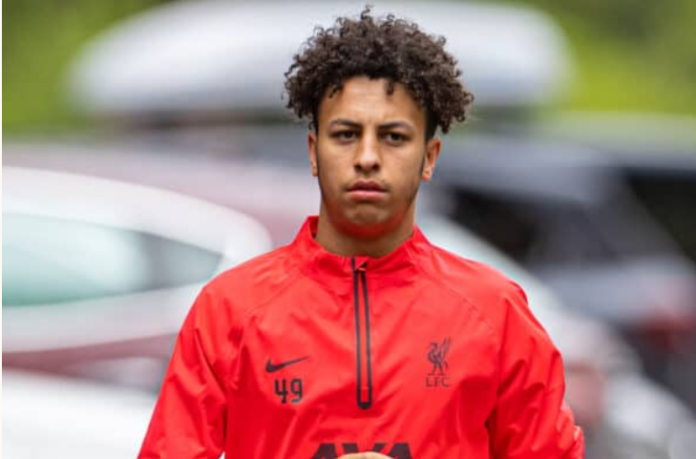 Kaide Gordon has not played for Liverpool since February, and the youth team coach Barry Lutas confirmed that the winger is still not ready to return.

It was the first weekend in February when Gordon made his last appearance for the Reds, replacing the first team to beat Cardiff in the FA Cup, before playing 90 minutes when the U21 team lost to Leeds.

Since then, the teenager has been suspended due to a number of problems related to his long-standing pelvic injury.

While Jurgen Klopp forced his 49th number to participate in the activities of the main team whenever possible, patience was required when it comes to including him in training.

And in a conversation with the Liverpool Echo, Lutas said that Gordon will not return until 2023, and Liverpool positively assesses the break in the World Cup.

“Kaida was unlucky with a long—term injury,” he explained.

“He’s another incredibly young boy. He’s still [eligible] under the age of 18, which is crazy.

“You have to be careful with some injuries because there is a long-term plan there too.

“He’s still here. He’s still smiling in the hallways. I still like bumping into Kaide because he’s a good guy.

“He’s been away for a while, at the moment it’s just small steps with him.

“One of the charms for us is that the World Cup is taking place at an unusual time. Our season ends on November 9th and does not resume until January.

“I hope this will give the guys we injured, for example, Kaide, the opportunity to come back.”

Thus, Gordon finds himself in a situation similar to Luis Diaz, whose knee injury ruled him out of the World Cup with an expected return date soon after.

However, it is still unknown whether the 18-year—old will return to the U21 squad after the restart – they will play Tottenham on January 8.

In any case, he will have to spend almost a whole year out of the game due to an injury sustained as a result of his natural development, when he is still growing as a young footballer.

It remains to be hoped that Liverpool’s consistent approach to his rehabilitation will eventually strengthen Gordon in the future, but all sides will be disappointed with the time lost after such a bright start.