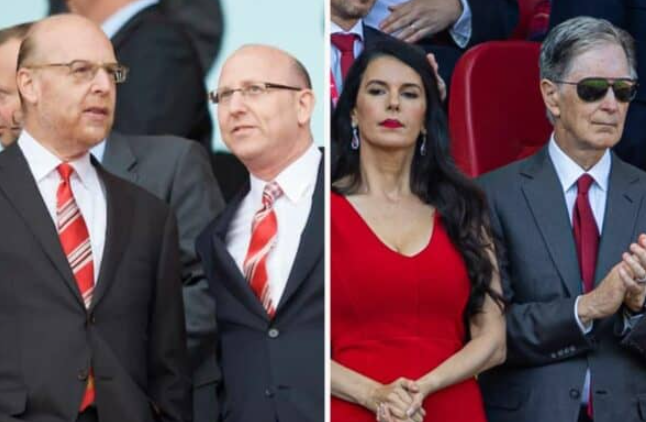 With Fenway Sports Group open for sale to Liverpool, Manchester United’s owners, the Glazer family, have now confirmed they are also “exploring strategic alternatives” in the so-called “unprecedented” situation.

Earlier this month it became known that FSG is considering new investments for LFC and does not rule out a full sale.

Tom Werner has since confirmed that they are exploring all possibilities, but said there is “no time frame” for any potential takeover.

Manchester United’s official line is similar to the club’s statement on Tuesday evening, a few hours after the termination of Cristiano Ronaldo’s contract was announced, which states that the Glazers will consider “investing in the club, selling, or other transactions involving the company.”

So it is unlikely that this is a coincidence, as many point out that the collapse of the European Super League may be one of the reasons why the American owners want to sell now.:

Unprecedented! A nod to the belief that the value of big clubs is nearing its peak, amid tough global economic forecasts, and the ballooning cost to compete?

Liverpool and Manchester United on the block at the same time creates an interesting sales dynamic. Similar profile chasing similar investment, in a relatively narrow pool, with fans (local at least) who will heavily scrutiny potential buyers.

🗣 "It may not be a coincidence that Liverpool and Manchester United are potentially up for sale at the same time."@MarkKleinmanSky feels the fallout of the "European Super League" may play a part in the American owners wanting to sell English clubs pic.twitter.com/xtK6j9WvYe

The Glazers have been more criticized than FSG for their style of possession and lack of progress at United in recent seasons.

The Americans bought the club for 790 million pounds in 2005 and, like FSG, seem to have decided that now is the right time to make money.

In addition to the collapse of the Super League, a project that would bring more guaranteed income to United, Liverpool and the rest of Europe’s top clubs, it is widely believed that the purchasing power of clubs such as Man City and Newcastle may lag behind FSG and the Glazer family’s decision to start selling now.

Sky Sports reported that United is valued at about 5 billion pounds, and if they are sold, it will most likely be done to American investors.

How could all this affect Liverpool and any potential new takeover? That remains to be seen. But now that the two biggest clubs in English football are up for sale, it is quite obvious that everything is changing in the Premier League.

How to defeat Arukenimon in Digimon Survive

Chicago P.D. Season 9: Trailer of the end questions the fate...