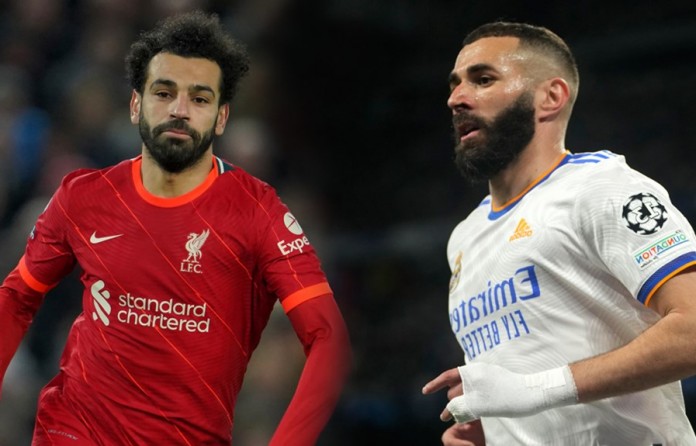 Defeating Liverpool 1-0 in the UEFA Champions League final, Real Madrid became the champion of the 2021-2022 season.

Liverpool and Real Madrid faced off in the UEFA Champions League final. Real Madrid won the trophy 1-0 in the final played at the Stade de France.

Vinicius Junior scored the goal that brought Real Madrid the championship in the 59th minute.

REAL MADRID STATED IN THE FIRST HALF

The goal scored by Real Madrid with Karim Benzema in the 43rd minute was canceled by the decision of VAR.

The ball returned from the goalkeeper in the shot of Benzema, who was hanging behind the defense in the long ball sent. In the conflagration that followed, Benzema found the ball in front of him again and the ball went into the net in his kick, but the side referee made an offside decision. After more than 3 minutes of VAR control, the offside decision was confirmed.

At the end of the 90 minutes, there was no sound of another goal and Real Madrid became the champion of the Champions League with a score of 1-0.

MINUTES FROM THE MATCH

90’Vinicius, who scored the only goal in the match, was replaced by Rodrygo.Vinicius Junior – Rodrygo

90’Camavinga tried his luck from the right of the penalty area. The ball went out differently from the top.

90’At the end of the match, at least 5 more minutes will be played.

88’Mane, who entered the penalty area from the solo wing, without removing the ball from his feet, Camavinga intervened and the ball went to the corner.

82’Salah, who entered the penalty area from the right diagonal, could not pass to Courtois in the position he faced.

74’Alexander-Arnold tried his luck from the right diagonal. The ball went out from the side.

70’Arnold centered in the right flank. The ball that got too high went straight to the back.

Courtois did not let the ball go into the net with 64’Salah’s elegant shot from the right diagonal.

59’GOAL! Vinicius Junior gave Real Madrid a 1-0 lead. Vinicius hit the back post in Valverde’s right wing in the middle of the ground and the ball went into the net.Goal – Vinicius Junior

When Salah met the ball in the 58’penalty area, the ball returned from the defense. Although the Liverpool players objected to playing with their hands, the referee continued the game.

52’Salah’s right wing in the middle of the ball, Courtois’de stayed.

48’Real Madrid started the second half with more pressure. They are trying to find a position in the Liverpool half.

The second half started in the 46’Giant final.

45’The first half of the game ended in a goalless tie.

45’The referee resumed the game after VAR review.

45’At the end of the first half, at least 2 more minutes will be played.

44’The referee of the match went to VAR to take a closer look at the position.

43’The ball returned from the goalkeeper in Benzema’s shot, which was hanging behind the defense in the long ball sent. In the conflagration that followed, Benzema found the ball in front of him again and hit the ball in the net, but the linesman’s flag was in the air. Decision Offside. Uncounted Goal – Karim Benzema

40’Mane hit the ball on the left of the penalty area and hit Militao, and the ball went into a corner.

38’Luis Diaz, who made a quick attack from the left flank, could not pass Carvajal in defense.

34’Alexander-Arnold’s left wing in the middle of the penalty area, Salah’s head shot, the ball remained in Courtois.

28’Fabinho shot from the right of the penalty area and the ball went out from the top.

In the middle of 25’Vinicius from the left wing, Alisson was the owner of the ball by acting before Benzema, who was moving the ball.

21′ Mane, who entered the penalty area from the left diagonal with a stylish swipe, hit the post and got caught by Courtois.

19’Liverpool is trying to find a position with serial passes in the Real Madrid half with all its lines.

With 18’Mane’s pass, Salah met the ball at a point opposite the goal in the penalty area, and the ball remained in Courtois.

16’Alexander-Arnold turned inside from the right of the penalty area. Courtois did not let the ball go into the net when Salah hit the front post.

10’Both teams have not been able to score a clear goal in the fight yet.

6’Liverpool pass in midfield at this minute.

3’Both teams started the match under pressure.

Supergirl: Mon-El should not return for the final season