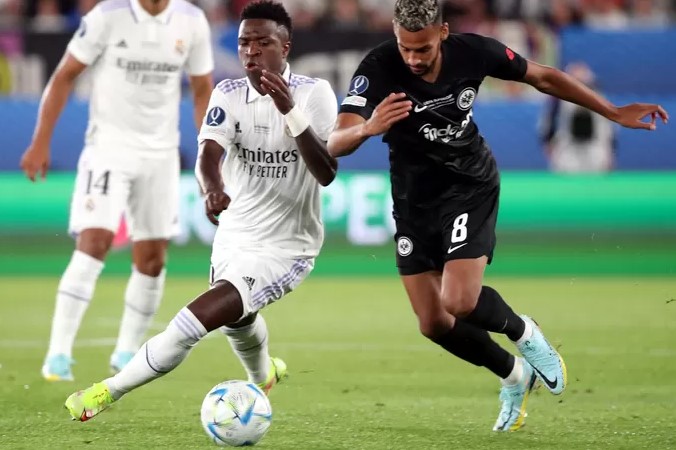 The winners of the Champions League (Real Madrid) and the Europa League (Eintracht Frankfurt) meet at the Olympic Stadium in Helsinki. The European Super Cup is at stake. Is the German team going to castrate the former PSV player Mario Gotze, or can the royal team put the fifth cup in the piggy bank of trophies? Follow all the events in our live blog!

After the corner, the ball seems to go behind the back line, but Casemiro holds the ball, and then Alaba can score from close range.

Vinicius Jr. picks up speed and comes in from the left to lunge. Eintracht goalkeeper Kevin Trapp should come into the game.

Tuta prevents Real Madrid from scoring 1-0. The Eintracht defender blocks the ball on the goal line after a shot by Vinicius Jr.

0′
The first half has begun

The ball is rolling in Helsinki! Who will win the European Super Cup and become Chelsea’s successor?

Reporter Apologizes for What He Said about Dwayne Haskins