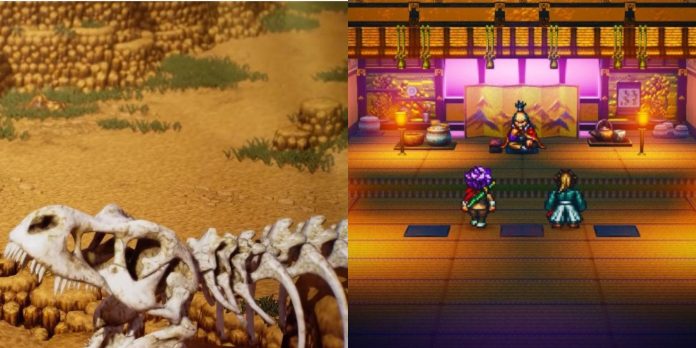 Live A Live is one of the biggest surprises of the year — a remake of one of the most ambitious and little—known JRPGs of the SNES era. The game was never released outside Japan, and Western fans had to rely on mods translated by fans to play it. Since the game was created by Takeshi Tokita, the same person as Chrono Trigger and Final Fantasy 4, it’s a pity that Western fans had to wait so long for the official release.

Like Chrono Trigger, Live A Live is a game that takes players to different points in time, from the prehistoric past to the distant future. However, unlike Chrono Trigger, it does not use time travel mechanics to experience these time periods. Instead, players take on the role of seven different main characters, from the shooter in the Wild West to the ninja of the Edo period in Japan.

Duration of the live game

Unsurprisingly, a generational-spanning JRPG can be quite a long-running game overall. However, each chapter does not last long and can be completed in about 2-3 hours each, depending on the style of the game.

Chapters can be played in any order of your choice, although it is recommended to start with a prehistoric chapter first. The chapter “Prehistoric Times” introduces the entire mechanics of the game and serves as an excellent introduction and tutorial for the rest of the game.

Some players can complete the “Modern Day” chapter in about an hour and a half. It may take about 25 hours to complete Live A Live quickly.

Some of the chapters of Live A Live can be accessed directly. However, there are stories more complicated than others. The Twilight of Edo chapter is one of the most difficult and longest in the game, but some players may want to go through it twice to see everything.

The main character of this story is a ninja. Thus, you can either solve it by using stealth without engaging one enemy, or be forced to fight and defeat all 100 enemies in the mission. These diverse story arcs can make the game even more durable for experienced players.

As a result, it can take about 32 hours to find and complete everything that Live A Live has to offer.

Live A Live is already available for the Nintendo Switch.