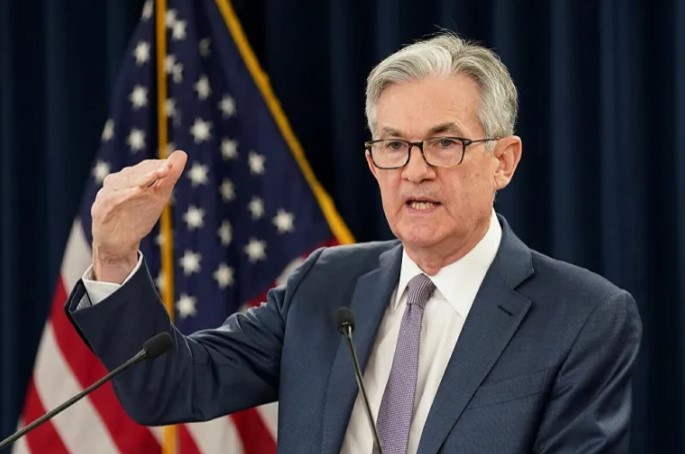 The US central bank, the FED, announced the highly anticipated interest rate decision. The Fed kept the interest rate constant in the range of 0 – 0.25, in line with expectations. Gold and Bitcoin price suddenly dropped with the FED decision, then recovered. FED Chairman Jerome Powell is holding a press conference half an hour after the announcement. Eyes on Jerome Powell’s statements… As Somanews, we have compiled the details for you, let’s examine the subject together… The article will be constantly updated with the new statements of the FED Chairman. Update the page constantly so you don’t miss the explanations!

Our economic activity is on the way to rise solidly this year. The new variant poses a risk to the appearance. Changes in the economic outlook support faster reductions in asset purchases. We expect rapid economic growth. Employers are pulling hard to find workers on the rise, and wages have reached their highs in recent years. We know that some of the people are looking for a job due to the effect of the epidemic. From January, the Fed will reduce its purchases of treasury paper by $20 billion per month and its mortgage-backed securities purchases by $10 billion per month.

In the continuation of his statements, the FED Chairman touched on the state of the economy and added:

The economy is expected to reach its full employment target by 2022. The strong rise in wages is not a major factor in the rise in inflation. The bottleneck and supply constraints proved to be larger and longer-lasting than we expected. Inflation will reach our long-term 2% target. I expect inflation to be at 2% by the end of next year. We recognize that high inflation is a problem. We will continue to use all the tools at our disposal to rein in inflation. Interest rates will remain at zero until they reach maximum employment.

According to the FED Chairman, the early end of the asset purchases reduction process will give the Fed room to move on interest rates. The Fed removed the phrase that inflation is temporary from its policy text. The gold price is currently at $1,766. Bitcoin price sits at $48,500. In the continuation of his statements, the FED Chairman used the following important statements:

I do not foresee a long period between the end of the reduction in asset purchases and the interest rate hikes. The labor force participation rate is demoralizing. The increase in labor force participation may not be strong for a certain period of time. The Fed may increase interest rates before reaching its full employment target. We are far from knowing what the effects of the Omicron variant will be. We want to end the contraction by mid-March, the economy no longer needs ever-increasing support. We found that high inflation is more persistent, so we are reducing our asset purchases faster than planned. Wages are not part of the high inflation story. After the employment and inflation data for October, we saw that there was a need for a faster reduction in asset purchases.

FED Chairman Jerome Powell, in the continuation of his statements, referred to the interest rate expectations of the members and said:

FED members’ interest rate expectations do not point to any plan. The economy is good right now, but if it slows down, interest rate hikes will be delayed.

The War Between Two Joke Coins Continues! Who Will Be The...